SINGAPORE - Supermarket chains NTUC FairPrice, Sheng Siong and Prime Supermarket have pulled all Asia Pulp and Paper (APP) items off their shelves, including popular brands such as Paseo.

The Dairy Farm group, which operates chains such as Guardian, 7-Eleven, Cold Storage and Giant, has also stopped replenishing APP stock. It will continue to sell existing items till they run out.

FairPrice was the first to make the announcement on Wednesday (Oct 7) morning, followed by the others later in the day. 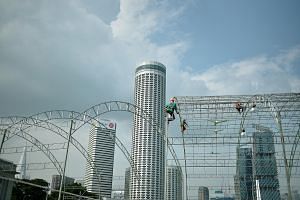 More firms on board for 'haze-free' declaration

On Sept 30, the SEC had also asked 17 firms, including FairPrice, to sign a form to declare that they do not carry products from five companies, including APP, which are under probe over their possible link to the haze-causing forest fires. The form also asks firms to state that they have not been convicted in any court in relation to the haze.

Ikea said it does not buy from the firms under probe. Unity signed the form on Wednesday, while Watsons is still working with its suppliers and will make a decision soon.

FairPrice carries two housebrand goods supplied by APP and 16 other APP-related products including the Paseo, Nice and Jolly brands.

All these items were pulled off the shelves at its over 290 outlets, including Cheers convenience stores, by 5pm yesterday.

Late last month, the National Environment Agency began legal action against APP and four Indonesian firms it believes to be behind the burning. The haze from forest fires in Kalimantan and Sumatra has spread to Thailand after blanketing the skies and affecting the air quality in parts of Indonesia, Singapore, Malaysia and the Philippines in recent weeks. 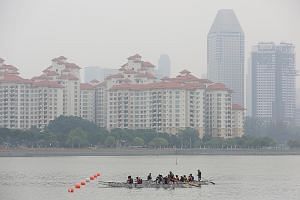 FairPrice chief executive Seah Kian Peng said the chain took some time to decide to pull APP's products and sign the declaration because "as a fair business partner, we reserved taking action pending further information and investigation by the authorities".

The final decision was made after SEC temporarily restricted APP's green label certification. Mr Seah said APP's products would be reinstated if the firm is found to be innocent and gets back its green label.

APP's managing director of sustainability Aida Greenbury said the firm "is firmly against forest fire" and that it deployed 2,900 firefighters and fire suppression helicopters to deal with the situation.

"We understand why FairPrice feels the need to take urgent action... but accuracy is just as important," she said. "The fire situation is complex and both the Singapore and Indonesia governments and authorities are still investigating the situation."

Mr Loh Weiwen, 33, an in-house legal counsel, hailed the supermarkets' move. "It is a very prompt response that is surprising to many shoppers in a good way. I hope other retailers follow suit ."