BANGKOK/SINGAPORE - The Standard Chartered robbery suspect currently detained in Bangkok was found with a notebook detailing plans for him to escape to Chiang Mai and then Dubai, Thai police revealed on Wednesday (July 13).

It also contained the same phrases that Canadian citizen David James Roach, 26, had allegedly written on a slip of paper used to rob the bank in Holland Village last Thursday (July 7).

The note reportedly said: ""This is a robbery, I have a weapon, give me money, don't call police'."

He had purportedly walked into the StanChart branch at around 11.30am, passed the teller the note with his demands, before he fled with about $30,000 in cash.

Shortly after, he boarded an AirAsia flight from Singapore and arrived at Bangkok's Don Muang Airport at about 5pm Thailand time (6pm Singapore time) on the same day. He then took a taxi to Central World and then headed to the hostel on foot. 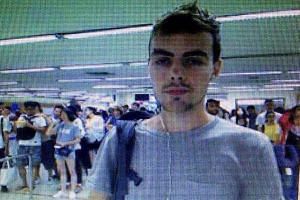 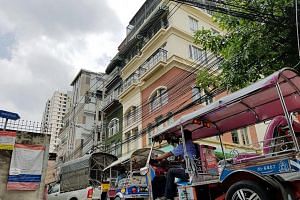 On Wednesday (July 13), Thai Police Colonel Nithithorn Chintakanon revealed that they took two days to trace the suspect by contacting the taxi driver and examining closed-circuit television footage where he alighted the taxi.

Mr Nathatorn added that the Thai police did not technically arrest Roach; they merely cancelled his right to stay in Thailand. Therefore, they are not able to keep him for very long, he said.

Canadian officials are trying to get Roach sent back to Canada, according to the Thai police.

Thai police held up copies of Straits Times report during presser on Stanchart robbery suspect. "All Info is there" pic.twitter.com/B2nTjr9Dch