When Hai Sing Catholic School teacher Teo Yee Ming took over the robotics club in 2009, club members had to carry out activities at the void deck sometimes due to a lack of space.

This has, however, not stopped him from leading the school to make a mark internationally.

Under his guidance, the school has won the middle-school category in the VEX Robotics World Championship, the world's biggest robotics competition, in 2012, 2013, 2015 and 2017.

Last year, more than 30,000 people from 30 nations competed in the annual competition in the United States to design and build robots to complete challenges.

No other Singapore school has ever won the competition, let alone four times.

These days, the club of about 50 students carries out activities in a workplace the size of three classrooms, fitted with workstations and a battle arena.

Mr Teo, 43, a former design engineer who switched to teaching a decade ago, said: "At the start, it was a humble, interest-level club, but I wanted to turn it into a high-performing club. The students had already won local championships. So we thought about how to stretch them further." 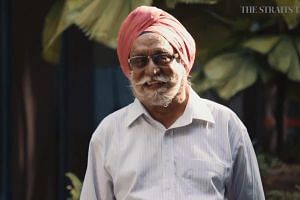 A lifetime of nursing work helped when Sars struck

In 2011, the school took part in the VEX competition, its first international robotics championship.

At the finals, the school lost to a team from China. "It was the first time we lost under my charge. But it was a valuable lesson," said Mr Teo, who teaches mathematics and design and technology. "When you throw them into these matches... they will learn, then they will grow."

Back in Singapore, Mr Teo revamped the programmes to create stressful situations and case studies reflective of the competition to train the students, who would train daily in the lead-up to the competition.

Besides preparing students for robotics competitions, Mr Teo also hopes to get Secondary 1 and 2 students interested in science, technology, engineering and mathematics, or Stem.

This year, he set up The Maker Space in the school to encourage students to build prototypes to address real-world problems. For example, some students recently built therapy and exercise-related products for seniors at an old folks' home.

"I wanted to impact more children, to engage them and harness their interest in engineering," said the father of two, who said students see him as a father figure.

"Training cohorts of world champions is tiring, but what keeps me going is seeing my students move on to pursue this field in their studies and careers, " he said.

A version of this article appeared in the print edition of The Straits Times on October 15, 2018, with the headline 'Spurring Hai Sing's team to be a winner on world stage'. Subscribe
Topics:
More
Whatsapp Linkedin FB Messenger Telegram Reddit WeChat Pinterest Print Purchase Article Copy permalink