Singapore's warm and humid climate plus its high population density are a potent mix that has made the country an attractive place for the Zika-carrying mosquitoes to flourish.

In his ministerial statement on Zika yesterday, Minister for the Environment and Water Resources Masagos Zulkifli said such a climate allows the mosquitoes to breed all year round. It helps hasten as well the breeding and maturation cycles of mosquitoes.

A high population density is also "very helpful" to the breeding of the Zika-carrying Aedes aegypti, he added. This breed of mosquitoes has "adapted particularly well" to Singapore's urban environment, and likes to breed, mate and feed near human dwellings.

These were two of the five factors Mr Masagos cited to explain why Singapore remains vulnerable to dengue, Zika and other mosquito-borne infections despite widespread vector control efforts.

The other factors include the growing number of dengue cases globally, which according to the World Health Organisation stood at 3.2 million cases last year, a spike from 2.2 million in 2010.

He also told the House that being located in a dengue-endemic region, where there are four different dengue virus serotypes circulating at the same time, makes Singapore particularly susceptible to the scourge of dengue.

Another factor working against the Republic is that a large proportion of the population lack immunity to dengue and other mosquito- borne infections, as a result of "intensive mosquito control in the past decades".

Mr Masagos noted that in many other countries where dengue is endemic, those affected are often children.

While it is good that this is not the case in Singapore, successful vector control can have unintended consequences. "Our success has paradoxically lowered our herd immunity so that disease transmission occurs easily even with a very small mosquito population," he said.

At least 12 MPs raised questions on the Zika virus, such as whether the Government will further intensify efforts to curb its spread, and if more stringent measures could be put in place at construction sites.

Non-Constituency MP Dennis Tan asked when the Wolbachia technology - in which naturally occurring bacteria are used to make female mosquitoes lay sterile eggs - will be introduced on a larger scale. 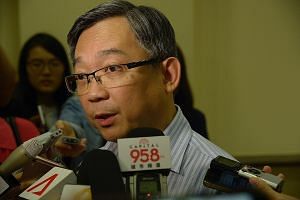 Parliament: Battle against Zika likely to be a long one 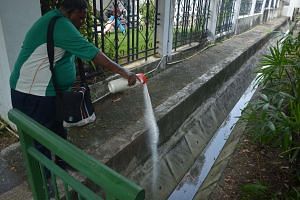 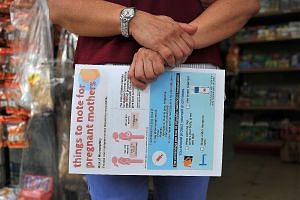 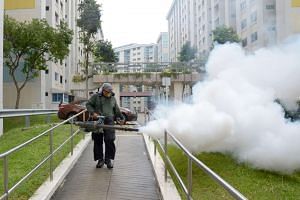 Parliament: Not wise to do routine fogging outside clusters 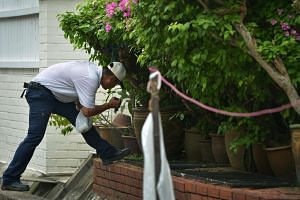 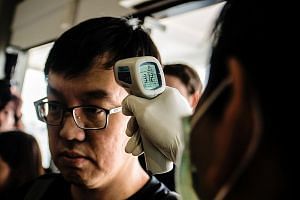 From the gallery: When the House became one

Mr Masagos said the ministry will study the Wolbachia mosquitoes for six months from next month, to assess how high they can fly and how long they can survive.

If suitable, these mosquitoes will be put into action in a "field suppression trial" which, if successful, will see them eventually being rolled out to high-risk areas in 2020.