The SRA has filed a High Court suit against parent body SSA for alleged breaches of the constitution and for attempting to suspend its privileges.

With the SSA being a public institution, the SRA had to obtain the go-ahead to pursue the suit from Sport Singapore - the sector administrator assisting the Commissioner of Charities for charitable objectives to advance sports.

Last year, the SSA took the SRA to the High Court seeking to recover the SRA-managed armoury space at the National Shooting Centre (NSC) in Choa Chu Kang - where both parties are based - as it wanted to upgrade the premises. But the suit was dropped by the SSA last March as was an SRA counter-claim for alleged breach of agreement.

A month earlier, SportSG had closed the NSC following an arms audit by the Police Licensing & Regulatory Department at the armouries of the Singapore Gun Club and the SRA. Police seized a number of arms due to serious licensing irregularities and launched a probe into the matter. 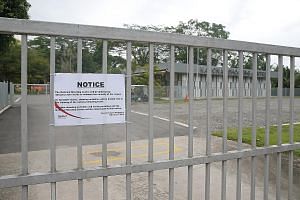 SportSG, the national sports governing body, terminated the lease to the NSC issued to the SSA in February.

In the latest High Court suit, filed last month, the SRA, through its Drew & Napier lawyer Wendell Wong, alleges that the SSA e-mailed a proposed resolution to council members last December to suspend the SRA's privileges at the NSC for failing to comply with SSA directives and its move to evict the SRA.

The SRA claims among other things that the governing body acted outside its powers as the constitution does not provide for resolutions by circular and a physical meeting was not called.

It further alleges that the SSA breached natural justice rules and conspired to cause loss to the SRA.

The SSA, through its lawyers from Bih Li & Lee, in disputing the claims, argues that the constitution expressly or impliedly allows for circular resolutions to be passed without calling for a physical meeting.

It points out in court documents filed that the SSA never asserted that the circular resolution had been carried out to suspend the SRA's privileges. It affirms no suspensions were implemented at the NSC.

The SSA is the national authority for shooting. Apart from the SRA, its other members are the Singapore Gun Club, Safra Shooting Club, Safsa Shooting Club and the Home Team Sports and Recreation Association.

SSA president Michael Vaz Lorrain was unfazed by the suit. He said: "They're trying to rattle us before the next annual general meeting in September."