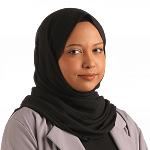 The Covid-19 weekly infection growth rate was at 0.90, up slightly from 0.89 on Wednesday.

The infection growth rate has been below one for six consecutive days.

The number refers to the ratio of community cases in the past week over the week before. A weekly infection growth rate that is consistently below one shows that the number of new weekly Covid-19 cases is declining.

The ICU utilisation rate has been on the decline in the past two weeks. The figure was at 58.8 per cent on Thursday, down from 62.6 per cent on Wednesday. It was at 70.2 per cent on Nov 4, although the total number of intensive care unit beds has varied during this period - between 398 and 430.

There were six people aged between 57 and 84 who died of complications linked to Covid-19, MOH said. All of them had various underlying medical conditions, it added, without giving further details.

The latest deaths take the total number of fatalities in Singapore to 625.

The new infections on Thursday comprised 1,964 cases in the community, 67 in migrant worker dormitories and seven that were imported.

Of the community cases, 294 are seniors aged 60 and above.

The total number of cases in Singapore now stands at 246,853.

Among clusters under close monitoring by MOH is Jenaris Home at Pelangi Village with six new cases, bringing the total number of cases there to 70. Sixty-eight are residents while two are staff.

Iman Childcare at Woodgrove also had two new cases, bringing its total to 36.