SINGAPORE - Singapore looks forward to developing a "constructive relationship" with the next Malaysian leadership, and to work with it to take bilateral ties forward, benefiting both Singaporeans and Malaysians, said Prime Minister Lee Hsien Loong.

In a Facebook post on Thursday morning (May 10), Mr Lee said that both neighbours have enjoyed good relations and close cooperation for many years, with successive Malaysian leaders.

"While Malaysian politics are for Malaysians to decide, Singapore wishes Malaysia all the best in its political development," he wrote.

Said Mr Lee: "Many Singaporeans would have followed the news about the Malaysian election yesterday. It is clear that the outcome represents a major change in Malaysian politics. We are now awaiting the formation of a new government."

He added: "We are following the situation closely. As Malaysia's closest neighbour, we have a vested interest in Malaysia's stability and prosperity." 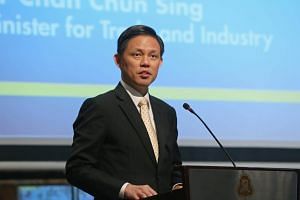 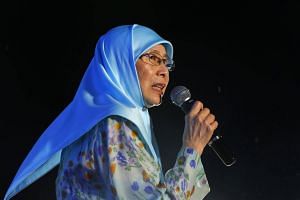 As for whether the historic election results will have any impact on bilateral relations, Minister for Trade and Industry Chan Chun Sing said it is still "early days" to assess what it means for major joint projects such as the Kuala Lumpur-Singapore High Speed Rail.

Construction for Singapore's end of the project was expected to start in 2019, following the inking of a pact in 2016. The Kuala Lumpur-Singapore express service was slated to start by 2026.

"We have a longstanding and broad-ranging relationship with the Malaysians and we expect the government of the day to continue to advance this relationship to the mutual benefit of both countries," added Mr Chan, speaking on the sidelines of a factory visit to food company SMC Food 21's premises in Jurong.

Earlier in the morning, Deputy Prime Minister Tharman Shanmugaratnam wrote on Facebook that the results represent "a clear vote for change in Malaysia".

"And it was across the board - Malays, Chinese, Indians and even the Dayaks in Sarawak. Wish Malaysia well, and hope we continue to work together for mutual good of our people."

"Singapore has enjoyed good relations and close cooperation with Malaysia for many years. We will work with the next Malaysian government to take our bilateral ties forward to benefit both our peoples."

Speaker of Parliament Tan Chuan-Jin wrote: "Stunning results in the Malaysian GE! Our Malaysian friends have made their choice and spoken out decisively. Congratulations!

"We look forward to working with the new Government and leaders, and to continue to strengthen the friendship and cooperation between our two countries. We wish Malaysia well."