It tops NGO's ranking for second year in a row, ahead of 8 Western European countries

For the second year in a row, Singapore has been ranked the top country in the world for a child to live in.

The annual Global Childhood Report, to be released today by non-governmental organisation Save The Children, has the Republic beating eight Western European nations and South Korea - the only other Asian country in the top 10 list - to clinch the top spot out of 176 countries, in terms of providing healthcare, education, nutrition and protection for its children.

Singapore scored 989 out of 1,000 in the End of Childhood Index, reigning at the top in all eight categories - child death, malnutrition, access to education, child labour, child marriage, teen pregnancy, displacement due to conflicts and child homicide.

Mr Hassan Muhammad Saadi Noor, regional director of Save the Children Singapore, said: "While it is highly competitive, the school system (in Singapore) is regularly ranked as among the best in the world. Singapore also has a very high GDP (gross domestic product) per capita, which it invests in high-quality public services like education and healthcare.

"These policies are conducive to creating an environment that protects children from the moment they are born."

According to the report, Singapore has the lowest out-of-school rate in the world, at 0.1 per cent. This is the rate of children who are of primary and secondary school age but are not attending school - including school dropouts. 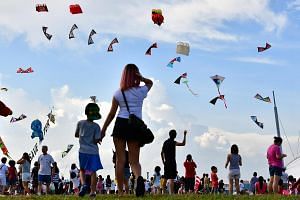 It takes a constituency to raise a child: Sam Tan

Raising kids to be money smart

Singapore Children's Society chief executive Alfred Tan said "very baseline and fundamental criteria" were used in the index. He added: "I believe we can take the next step by developing higher benchmarks for raising kids, in areas such as building characters and resilience for children in the cyberworld today."

Mr Tan cited sexual grooming and cyber bullying as examples of online threats that children might be exposed to today. "We can be the pacesetter for their overall well-being in future challenges," he added.

A Ministry of Social and Family Development (MSF) spokesman said Singapore's ranking is testament "to the strides we have made in our development as a country, and also to the significant investments in our children from as early as the prenatal period of their development".

Earlier this month, Senior Parliamentary Secretary for MSF Muhammad Faishal Ibrahim led various agencies in a dialogue with the United Nations Convention on the Rights of the Child (UNCRC) committee, during which he reaffirmed Singapore's commitment to protect the well-being of its children, including providing every child with a nurturing environment.

The ministry is reviewing current legislation to raise the Children and Young Persons Act age limit to 18 years to reflect the UNCRC's definition of a child. The Act currently protects children below 16.

According to the Global Childhood Report, one in four children globally is still denied a safe and healthy childhood, even though 173 out of 176 countries scored better in the latest report than in 2000.

The world has fared better in 2019 than in 2000 in all categories except one: displacement due to conflict. There are 30.5 million more forcibly displaced people, including children, now than in 2000.

Children of the world

A version of this article appeared in the print edition of The Straits Times on May 29, 2019, with the headline 'S'pore best country for children to grow up in'. Subscribe
Topics:
More
Whatsapp Linkedin FB Messenger Telegram Reddit WeChat Pinterest Print Purchase Article Copy permalink