SINGAPORE - The Covid-19 pandemic has led to a spike in the number of complaints related to travel bookings, wedding contracts, medical products and food and grocery deliveries, figures from the Consumers Association of Singapore (Case) show.

Many involved lost deposits for travel and wedding plans that had to be put off due to restrictions imposed during the circuit breaker.

Between February and July, the consumer watchdog received 1,133 complaints against the travel industry, up from 218 during the same period last year. A significant number of these were by those who were unable to get refunds after being forced to cancel tour packages, hotels and flights due to global travel restrictions, Case told The Straits Times.

Some were charged a fee for cancelling or postponing their trips, while others were given travel vouchers in lieu of cash refunds.

Complaints against hotels and travel booking websites more than doubled from 50 between February and July last year to 124 during the same period this year. A number of operators had rejected cancellation requests, citing non-refundable booking policies, Case said.

Grouses against the bridal industry went up from 78 to 126 over the same six-month period. Despite a ban on mass gatherings, some hotels did not allow couples to postpone their wedding banquets, or refused to offer refunds for cancellations. Deposits for related contracts such as photo packages and food catering were also reported as lost.

The majority of the 731 complaints against retailers of medical consumables related to the pricing of face masks and hand sanitisers, as well as the quality of masks sold by online retailers.

The circuit breaker fuelled a surge in demand for food and grocery deliveries, leading to complaints about missing items and delivery issues. There were 255 complaints relating to such delivery orders for the six months ended July.

Mrs Cassandra Teng's first experience using RedMart in April was less than ideal when only half of her orders were delivered, she told The Straits Times. The general manager at a wire and cable company bought about $100 worth of groceries which included paper towels, flour and vegetables. "When the delivery came, I only received the dry goods. The fresh food was not delivered," said Mrs Teng, 56. 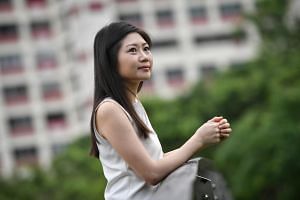 She received a refund for the missing items later that month.

Mr Richard Ruddy, chief retail officer and head of grocery at Lazada Singapore, which owns RedMart, said weekly orders tripled in February and it was more than the firm could handle. But like other online grocers and food delivery operators, RedMart increased its capacity and is now "adequately prepared for future surges".

Case said it has been helping consumers negotiate with businesses on disputes, and guiding them in filing claims with assessors appointed by the Ministry of Law if an agreement cannot be reached.

A healthcare professional who gave her name as Ms Wong said she spent weeks trying to get a refund on plane tickets for her family of four after Israel banned travellers from Singapore in February.

Having bought the tickets - and travel insurance - before the outbreak, she had assumed the process would be fuss-free. But after being bounced around from the airline to a third-party booking site, and then to an insurer, which denied her claim, she decided to approach Case.

The watchdog's intervention led the insurance provider to offer Ms Wong compensation for the full value of the tickets, amounting to nearly $6,000. "As a consumer, you don't really know what to do in these situations... Case helped to lay out my options and contact the insurer, so I am very grateful," said Ms Wong, 27.