SINGAPORE - More electric scooters caught fire last year, even as the number of calls about fires fell to a new low.

More calls were also made to the Emergency Medical Service (EMS), according to annual statistics released by the Singapore Civil Defence Force (SCDF) on Friday (Feb 9).

Forty electric scooters caught fire last year, up from nine in 2016, said an SCDF spokesman, adding that causes were electrical in origin, such as batteries.

Scooters have batteries that are packed with energy and contain flammable material, the spokesman said.

As a result, excessive impact, overcharging and faulty electrical circuitry can "trigger a fire... and result in serious damage to property and loss of lives", he added.

Last year, one in two fires was caused by the indiscriminate disposal of lit materials such as cigarette butts, charcoal embers and incense sticks.

Seven in 10 fires happened in private and public homes, while every 10th fire happened in non-residential buildings such as shopping centres, markets and factories.

The rest took place in vegetation, vehicles and rubbish in open spaces.

The SCDF also received 4,348 more calls to the Emergency Medical Service last year than in 2016, continuing a rising trend since 1998.

Medical-related calls about chest pain, breathlessness and heart attacks formed 75.5 per cent of the emergency calls. 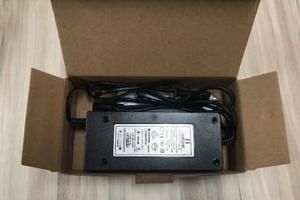 Trauma cases, such as industrial accidents, falls and assaults, made up 18.2 per cent, while the rest were traffic accidents.

Four in 10 calls were for those aged 65 and above, the highest among all age categories.

The rise in the number of calls "affirms the need for SCDF's tiered response framework, so that scarce resources can be prioritised for the more urgent, severe cases", said the SCDF spokesman.

In April last year, the force shifted to an EMS tiered-response framework, amid tightened manpower resources and a rising number of 995 calls.

The new framework prioritises 995 calls based on callers' answers to a series of questions to determine the seriousness of patients' medical conditions. The tiers range from minor to severe emergencies.