SINGAPORE - The number of listeners of Singapore Press Holdings (SPH) radio stations grew by 10 per cent between May and October, with English station Kiss92 FM emerging as the most-liked among all English and Chinese radio stations in Singapore.

The latest survey results also showed that close to a million listeners tuned in to SPH radio stations on digital platforms, such as mobile apps and websites, cementing the upward trend of listeners consuming content on a diversity of platforms.

The positive results come on the back of a 6.8 per cent increase in the total number of radio listeners to 2.25 million people over the past year, in tandem with a doubling of car ownership in the same period.

Milieu Insights, an independent Singapore-based consumer insights company, said Money FM beat all other radio stations in terms of its ability to influence purchase decisions. The vast majority of Money FM listeners or as many as 80 per cent said they bought products after hearing recommendations on the station, much higher than the 64 per cent figure for other stations.

Regularly featuring journalists from The Straits Times on its programmes, Money FM showed a significant overlap with the newspaper in its reach, with 87.5 per cent of its listeners saying they also read the daily, the most read news-title in Singapore.

Money FM, whose audience made up about 2 per cent of radio listeners in Singapore, also recorded the highest percentage of affluent households with monthly incomes of more than $10,000 - 86 per cent of its core listeners fell in this group.

General manager of SPH Radio Sim Hong Huat said this should help advertisers and SPH make more targeted decisions. He said: "While listenership remains important, we needed to understand what the audience liked about each station and how that has an impact on their decision."

"The results gave us deep and actionable insights on how we can take our SPH Radio stations forward in terms of programming and value to our advertisers and partners."

The biannual Nielsen Radio Diary survey, conducted from September to October this year, showed that SPH radio stations as a whole registered double-digit growth. Total listenership increased by 10 per cent, while their share of radio audience - calculated based on the number of listeners and the time spent listening to the stations - also increased by 13 per cent. 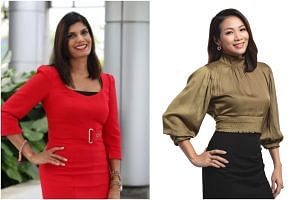 Local podcasts on the rise

Among all English radio stations, One FM, which focuses on retro-classic tunes, registered a whopping 48 per cent growth in the amount of time listeners spent listening to it. With listeners tuning in nearly eight hours a week, it is the only English radio station to post an increase in audience engagement time.

Podcasts continued to be a growing favourite category among Singapore audiences, SPH said, as radio stations saw a 15 per cent growth in the number of people who tuned in to these more content-heavy programmes. Part of the reason was because "listeners can choose topics of their choice on demand", SPH said, with SPH podcasts easily available on platforms like Spotify and Apple Music.

SPH radio stations put in a lot of effort to engage listeners in the past year through organising events and other initiatives. Money FM, for instance, organised "Art of the deal" trading workshops and networking sessions for its target audience of professionals, managers, executives and businessmen, all of which were well-attended.