SINGAPORE - Many Chinese Singaporean families are using English as their main language, and the Speak Mandarin Campaign must adapt to this major shift, Prime Minister Lee Hsien Loong said on Tuesday (Oct 22).

Speaking in Mandarin at the campaign’s 40th anniversary celebration, he noted that most young Chinese Singaporeans can understand and speak the language, but they may not speak it fluently.

And Singapore may be losing its bilingual competitive edge, he said, adding that people all over the world are learning Mandarin eagerly.

“They all know that to work in China, to build relationships with the Chinese and to grab opportunities that come with China’s development, they have to master Mandarin,” he added at the event at the Singapore Chinese Cultural Centre.

“We have to put in more effort to encourage the use of Mandarin in our daily lives, and find ways to keep the language alive and preserve the uniqueness of our Mandarin,” he said.

“As our society and context keeps changing, promoting Mandarin will be a continuous, never-ending project,” he added.

Citing data from the Ministry of Education to illustrate how the language environment continues to change, PM Lee said 71 per cent of Chinese households with Primary 1 children speak mostly English at home today. The figure was 42 per cent two decades ago.

The trend is similar for the other major ethnic communities. 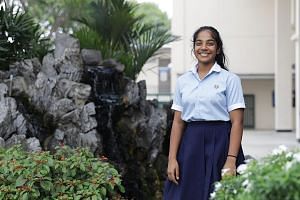 Among Malay families, the corresponding figures are 67 per cent (18 per cent) and, among Indians, 70 per cent (55 per cent).

The Prime Minister acknowledged the difficulties of using Mandarin at home in a predominantly English-speaking environment.

“Many bilingual parents shared with me that if a conscious effort is not made, it is easy to default to English... Nevertheless, I hope everyone will persevere because it is worth the effort,” he said.

While the Government will continue to give its support, family members can help immerse young children in the language at home by speaking more Mandarin to them, he said. This is a stage where children are most sensitive to pronunciations and intonations, and can acquire a language more easily, he added.

PM Lee cited the significant contributions made by the annual campaign, saying its many creative activities have helped to promote the use of the language, so much so that some students are being taught coding in Mandarin.

Also, in multicultural Singapore, the influences of other languages and dialects have created a lexicon of uniquely local Mandarin terms. 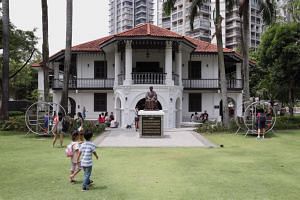 Forging a unique identity: From pasar to ba sha

An evolving Singapore Chinese identity: Journey to the West - and now, the East

A relentless pursuit to learn Mandarin

For example, “ba sha” is from the Malay word “pasar” for market, while “pai tuo” comes from the Cantonese dialect phrase “pak tor” for going on a date.

A database of Singapore Mandarin terms will be launched next month as part of the anniversary celebration.

He also announced the campaign’s new slogan: Speak Mandarin? Yes, I can.

Dr Tan Chee Lay, a council member who led the research for the database of local Mandarin terms, said that the different cultures here contribute to a very rich Singaporean linguistic culture. This, he added, “helps foster a strong and confident national identity”.