SINGAPORE - The BreadTalk chain is giving away 50,000 of its signature pork-floss buns to its customers over three weekends starting on Aug 28 in a bid to make amends for selling soya bean milk in mislabelled bottles.

The chain will also be donating $50,000 to the Community Chest and has signed an agreement with the Consumers Association of Singapore (CASE) that "it will not engage in unfair practices going forward".

The bakery chain issued a joint statement with the consumer watchdog on Friday, laying out these commitments. This was after Case requested a meeting with them last week. In the statement, it also called the soya bean furore the result of a "management oversight".

The local chain had labelled its soya milk as "freshly prepared" when it was in fact repackaged from a Yeo's carton. This came to light after a video of a BreadTalk worker pouring the drink from a carton of Yeo's soya bean milk into clear 350ml bottles which carried a "freshly-packaged" label was widely circulated on the Internet on Aug 3. Each bottle was sold for $1.80. A one-litre Yeo carton is priced $1.50 at supermarkets .

Many customers said they felt misled into thinking the soya milk was made fresh in-house. 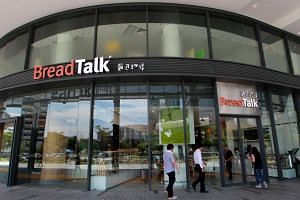 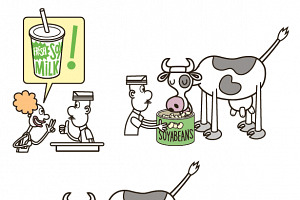 Don't get so fresh with customers, BreadTalk

In Friday's statement, the chain said that it started selling the bottled soya milk in 2014, and stopped the use of all mislabelled bottles across all its 46 outlets since Aug 4.

The bottles had been intended to be used to pack fruit juices and "were wrongly used to pack the soya bean milk at the store level", said the statement.

"With the recent soya bean milk incident, we fell short on this commitment," the 58-year-old, who founded the company 15 years ago, said. "We sincerely apologise for the frustration and disappointment this has caused our customers recently.

"We will continue to strive to attain these by closely listening to the community in which we grew up in."