SINGAPORE - For more than a decade, Vietnam's 1978 invasion of Cambodia - then known as Kampuchea - was the predominant foreign policy issue in the region.

At stake was a principle which Singapore and the Asean regional grouping adhered to: that no country should violate the sovereignty of another.

From the Singapore perspective, while the country had no sympathy for the Khmer Rouge, it believed that Vietnam's invasion would leave an undesirable precedent if left unopposed, especially for small countries like the Republic.

In December 1978, Vietnamese troops invaded Cambodia and toppled the Khmer Rouge regime which had controlled Cambodia for three years from 1975 and implemented policies said to have killed a third of the population.

After the invasion, Vietnam put in place a puppet government in Cambodia led by Heng Samrin which had to consult Vietnam on major decisions.

Singapore and Asean's stand was that Vietnam's invasion was a clear violation of international borders and an act of external aggression.

The invasion of a smaller country by a larger neighbour, the deposition of a legitimate government by external force and the imposition of a proxy by a foreign power was a direct challenge to the fundamentals of Singapore's foreign policy. 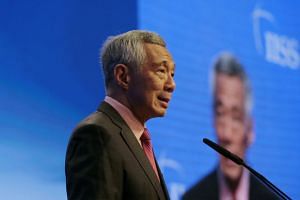 As outlined by former deputy prime minister and foreign minister Wong Kan Seng at the S. Rajaratnam Lecture in 2011, Singapore felt that not responding to the invasion would have "undermined our credibility and posed serious implications for our own security".

The issue was one of Singapore's early tests as a country, he also said.

From 1979 to 1989, Asean member states worked closely to oppose the invasion on the international stage.

Singapore led a concerted effort to table an annual resolution at the United Nations General Assembly calling for the withdrawal of foreign troops and the recognition of Kampuchean self-determination, while not seeking a restoration of the Khmer Rouge.

And for all 11 years - with then foreign minister S. Rajaratnam and ambassador Tommy Koh lobbying for votes - the resolution won the support of more and more UN members. The final resolution voted on in 1989 was approved by 124 out of the 159 members.

Vietnam withdrew from Cambodia that same year, as the Soviet bloc was collapsing. It would sign the Paris Peace Accord in 1991.

So large did the event loom over the consciousness in the region that many Singaporean leaders, including founding Prime Minister Lee Kuan Yew, would years later refer to it as a seminal event in the early days of the Asean grouping.

Once the issue was settled, Singapore sought to build a relationship with Vietnam.

Singapore's leaders had long maintained that its opposition to the invasion had little to do with its bilateral relationship.

"We made clear that once the issue was settled, we would be ready and willing to render whatever assistance we could to Vietnam," Mr Wong said in the 2011 speech.

Vietnam was admitted into Asean in 1995, with Cambodia joining the grouping in 1999.

Prime Minister Lee Hsien Loong pointed to the episode and the way the region was able to put its past behind it during a speech at the Shangri-La dialogue last week.

"Earlier, Vietnam had invaded Cambodia, thus posing a serious threat to its non-communist neighbours. But now Vietnam joined Asean, together with Cambodia, Laos and Myanmar. It was a case of beating swords into ploughshares," he said.