SINGAPORE - There was no tomb. The death certificate was forged.

And with that, Singaporean Abraham Rock's attempt to scam insurers of more than $3.7 million by declaring his mother dead was exposed.

Rock had declared that his mother, Talat Farman, had died in a traffic accident in Pakistan, and tried to claim from policies bought from Great Eastern Life Assurance, MSIG Insurance and AXA Insurance.

He submitted a police report, medical reports and a death certificate.

But the insurance firms smelt a rat, and conducted investigations in Pakistan.

There, they could not find Farman's tomb at the cemetery. Rock's supporting documents were found to be fake.

So too, was his mother's purported death.

On Friday (April 12), Farman - very much alive and wearing a mask - and her son turned up in court to face their charges.

Rock, 35, whose Facebook account states that he is an automotive consultant at Pitstop Expat Services, faces 11 charges, including engaging in a conspiracy to commit cheating, giving false information, making a false statutory declaration and providing false evidence. He is married with one child.

Farman, 53, who came from Pakistan but has since obtained Singapore citizenship, faces five charges, including engaging in a conspiracy to cheat.

The conspiracy unravelled last year after Rock made claims to the insurers. He managed to get a payout of $49,000 from insurer NTUC Income under its Dependants' Protection Scheme, as well as $80,331.23 disbursed from Farman's Central Provident Fund account.

But other insurers got suspicious after they detected irregularities in documents, and probed further. On Nov 13, AXA made a police report. 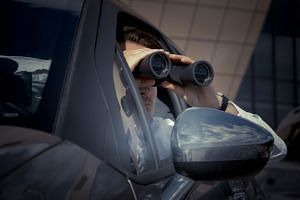 Insurers hire private investigators when there are telltale signs of fraud

One week after the police report was made, officers from the Commercial Affairs Department arrested Rock. Farman, who was in Pakistan, was subsequently sent to Singapore to face charges.

The pair are represented by lawyer Ravinderpal Singh and their case will be mentioned again on May 10.

The maximum penalty for conspiracy to commit cheating is a jail term of 10 years, and offenders are also liable to a fine. If convicted of making a false statutory declaration, both mother and son could be jailed for up to seven years and shall also be liable to a fine.

Anyone who gave false information could face a jail term of up to one year, or be fined up to $5,000, or both.