Singapore's first public buses with plants installed on their roofs - touted as the first in Asia - hit the road yesterday.

The Garden on the Move initiative by urban greenery specialist GWS Living Art was launched at Lakeside Garden.

Among the buses with the installed plants is one that was used for a shuttle service in the Lakeside area and will now be used to ply an SBS Transit route. The special service was used to ferry visitors to the Singapore Garden Festival Horticulture Show, which ended yesterday, to and from Chinese Garden MRT station and Lakeside Garden.

The initiative is part of a three-month study to see whether the temperature inside the buses can be lowered, potentially saving on fuel.

The study involves another nine buses used for SBS Transit services, including services 139, 145, 13, 39 and 45 which operate in places such as Toa Payoh, Tampines and Orchard Road. Some of the buses started plying the roads yesterday.

The buses are outfitted with a locally developed soil-less system called Gaiamat.

The initiative is funded by the Temasek Foundation and supported by the National Parks Board (NParks), Moove Media and the Singapore Green Building Council.

GWS Living Art founder Zac Toh said: "For me, cities should co-exist with nature. Through this project, we hope to raise more awareness of how 'green roofs' are important in a city."

For the study, two patches of soil-less greenery have been installed on each bus. Each patch, or module, measures 1.8m by 1.05m and weighs 40kg.

The effectiveness of the green roofs, and whether more buses will get them, will be determined at the end of the three months. 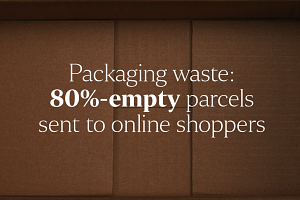 The aim of the study is to show that the green roof will lead to a drop in temperature in the interior of the buses, and a reduction in fuel used for air-conditioning.

Dr Terrence Tan from the National University of Singapore (NUS), an adviser in the study, said: "What is special in this case is that this green roof is on a bus. Typically, we have green roofs on buildings.

"From our studies, we know very well that the temperature reduction (for the surface of a building with the Gaiamat system) can be up to 20 to 30 deg C on a very hot day, so we want to see if the same holds true for vehicles."

The plants chosen are hardy ones adapted to the local climate, and are resistant to windy and dry conditions. They do not need to be watered frequently and will be checked on once a week.

Instead of conventional soil, the plants are secured using the Gaiamat proprietary system, a lightweight mat of rockwool material used for skyrise greenery that is easier to install and maintain.

Mr Toh said the Gaiamat system could be put on the buses because it is thin, with a weight of 25kg to 40kg per sq m. He added that a typical green roof that uses a soil system might need maintenance every month. But using the Gaiamat system, maintenance for greenery on buildings is carried out two or three times a year.

Dr Tan, a research fellow at the NUS School of Design and Environment, said thermal sensors will be placed on the buses' rooftops under the plants, and on the underside of the rooftops.

"To combat the urban heat island effect, we need to reduce temperature outdoors. By having greenery on surfaces such as on vehicles, it plays a part.

"It's the same thing as having parks. Collectively, if we have enough vehicles and buildings with green roofs, we can reduce outdoor temperature, especially at night."

"We hope that this will spur others to explore other similarly innovative ways to 'green' up Singapore."