SINGAPORE - Singapore needs to be more plugged into Asean and understand the region in order to seize the geographical advantage it has and stay ahead, Economic Development Board managing director Chng Kai Fong said on Monday (Jan 28).

Even though many Singaporean students go abroad for exchange programmes and internships, the interest is in going to places like Stanford University in the United States, or universities in Europe, rather than in Jakarta or Ho Chi Minh City, he said.

"We need to get to know Asean better because that's how we're going to make our living, by facilitating the connections in Asean," he said in a speech at the Institute of Policy Studies Singapore Perspectives conference.

Being more globally aware and connected will help Singaporeans remain competitive in the job market, but it is not easy now to convince them to move abroad to work in less popular countries, said CapitaLand group chief executive Lee Chee Koon, who was on a panel with Mr Chng.

Mr Lee said he was sad to hear recently from the chief executive of a regional company that he had given up on hiring Singaporeans as management trainees.

The chief executive said they were turning to Malaysians instead, because they were more enthusiastic, willing to accept lower wages and more willing to take on assignments to places with tougher living conditions such as Africa and South America.

"There's no way we can teach hunger, but what we can do is to continue to instil among Singaporeans the concept of being competitive, to encourage them to take the road less travelled, to deal with uncertainty," he said.

Embracing more "global talents" from abroad can also help in this aspect, he added. This will help Singaporeans understand some of the skillsets and experiences others can bring to industries and the economic landscape, "so that you continuously push yourself to evolve, to innovate and to improve".

Besides understanding Asean better, there are four other areas Singapore has to work on to continue to stay ahead, Mr Chng told 1,200 people at the event at Sands Expo and Convention Centre. 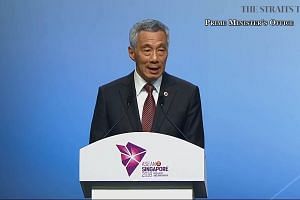 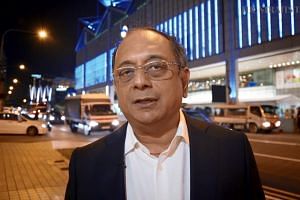 First, understanding the opportunities that digital technology brings to industries here, such as in agriculture which has become possible to develop due to intensive farming and artificial intelligence (AI)-controlled environments.

Second, innovating and creating new products in Singapore. Third, building links within clusters of companies, not just in terms of supply chains, but also in terms of talent flowing from multinationals to local enterprises, bringing with them experience in management and innovation, said Mr Chng.

Finally, ensuring the kinds of jobs that are created facilitate the building of an inclusive society.

Mr Chng also said that despite the global uncertainties, he is "cautiously optimistic" about Singapore's prospects, due to its advantageous position in Asean, a region which will be the fastest growing market in the world.It also has a head start in preparing its workforce for the new wave of technological advances.

Singapore is also set apart because it is holding together as a society, in the midst of concerns about divisions in many other countries, he said.

Staying united and inclusive were also key points of the two speakers when they responded to a question on what indicators in 20 years' time would show that Singapore has developed.

Mr Chng said that besides gross national income, he would also want to look at measures of inclusion and inequality.

"If inequality continues to widen, we would not be immune to the kind of pressures that we see in Europe and (the United Sates) today," he said.

Mr Lee said that he hopes that people who are doing well will also carry other sections of society along, pushing up wage levels and increasing the standard of living to narrow the gaps.

He added: "If we can truly become a society of that nature, I think we'll be attractive, we can continue to attract investments, talents around the world will want to come here, we'll have new ideas, we'll continue to prosper."