SINGAPORE - The Expert Committee on Covid-19 Vaccination is aware of an open letter calling for a halt in vaccinating Singapore's youths and is closely monitoring local and global data to keep its recommendations fresh, said the Ministry of Health in a statement on Sunday (June 28).

The open letter, posted on Facebook on Saturday by a doctor, Dr Kho Kwang Po, was addressed to Professor Benjamin Ong, chairman of the expert committee. It came after a 13-year-old American boy died days after he received his second dose of a Covid-19 vaccine in the United States.

The letter, said to be penned "on behalf of many concerned paediatricians, primary care physicians, specialists, surgeons and GPs", had called for a pause in Singapore's vaccination exercise until the US Centres for Disease Control and Prevention (CDC) and organisations elsewhere have produced more robust and convincing data on the case.

MOH said the social media post indicated that the boy had died from heart failure, although no cause of death has been made public and the case is currently under investigation by the US authorities.

The post also highlighted the recent international reports of the association between myocarditis and the second dose of mRNA vaccines in young men, MOH added.

The US media last Thursday reported that the boy, from Saginaw county in Michigan, died three days after getting his second dose of a Covid-19 vaccine. It is unclear which vaccine he received.

The CDC was investigating if there was a link between the vaccination and the boy's death.

Four of the six cases of myocarditis and pericarditis among people vaccinated here involved men between 18 and 30 years old. All four reported symptoms of heart inflammation within a few days of receiving their second dose of the vaccines and have since recovered.

Most cases are mild and the patients recover without the need for significant intervention and do not suffer any long-term effects, the expert committee noted.

Severe cases may result in damage to the heart muscles, although that is very rare, it added.

The assessment was that the benefits of mRNA vaccines - reduction in Covid-19 infections and less severe complications even if infected - continue to outweigh the risks, the expert committee added.

The US Vaccine Adverse Event Reporting System has confirmed 393 cases of myocarditis or pericarditis, out of more than 318 million doses of Covid-19 vaccines administered in the US as at last Monday. Most of the cases were in male adolescents and young adults.

Acknowledging this, MOH said the data reported from the US indicates that cases of myocarditis following mRNA vaccinations are rare.

"In addition, among the small number of cases, almost all had resolved with minimal medical intervention," it said. It noted that professional medical associations, including the American College of Paediatrics and the American Heart Association in the US, have continued to strongly encourage vaccination in those aged 12 and older.

Therefore, the expert committee continues to recommend the use of mRNA vaccines for young men. But as a precaution, they should avoid strenuous physical activity for one week after the second dose, MOH said.

"During this time, they should seek medical attention promptly if they develop chest pain, shortness of breath and abnormal heartbeat," it said.

"The expert committee notes that the Ministry of Health had also issued guidance to all doctors to properly advise patients on the care they receive."

Three independent bodies of local medical experts - the Chapter of Cardiologists at the College of Physicians, the Academy of Medicine and the Singapore Cardiac Society - had also reiterated on June 14 that the risk of heart conditions associated with Covid-19 mRNA vaccines is "very small".

Dr Kho in his letter published online, had called for a more "sensible and prudent posture" by the expert committee while the CDC and other organisations investigate the data on the "possibly fatal effects of mRNA vaccines in youths".

The Straits Times has contacted Dr Kho for comment.

Covid-19 vaccination in Singapore is currently voluntary, though the Government has strongly urged people to get vaccinated if they are eligible.

Meanwhile, another online petition calling for the suspension of vaccinations in Singapore for those under 30, particularly children between the ages of 12 and 15, has also surfaced.

The petition, supposedly started by a number of concerned parents, had received more than 1,200 signatures as at Sunday afternoon.

Addressed to Health Minister Ong Ye Kung and the multi-ministry task force tackling Covid-19, it also references the death of the 13-year-old boy in the US, and asks for the vaccinations to be temporarily suspended until more data from the US is made available.

It notes that most of the young people have already received the first dose - which is able to give around 75 per cent protection against Covid-19.

As at last Thursday, some 83 per cent of students aged 12 and above had received one jab or booked their vaccination appointments. The figure was 39 per cent for those aged 12 to 39.

"Wouldn't that be enough protection while we await the results of the investigation before we proceed with the second dose?" the petition asks.

A housewife who signed the petition told ST that she has been worried about getting her two children vaccinated after reading about the links between the vaccines and myocarditis.

The woman, who wanted to be known only as Ms Loh, noted that the US Food and Drug Administration had revised the fact sheets included with the Pfizer and Moderna vaccines to say there is a rare risk of heart inflammation.

"My older son, 21, is a special needs person with multiple allergies, and he isn't able to speak. His doctor certified in early April that he is unsuitable for mRNA vaccines and said he should wait for the next available one," she said, noting that rules were relaxed for some people with allergies.

MOH relaxed its vaccination guidelines in March, allowing people with multiple allergies and cancer patients who are not in treatment to get vaccinated, as long as they do not have a history of anaphylaxis.

S'pore expert panel clears mRNA vaccines for those with allergies

"I'm hoping that the Novavax vaccine can be made available by the end of the year so that my son can be vaccinated with it," said Ms Loh, 51.

The Novavax vaccine is protein-based and uses a laboratory-made version of the Sars-CoV-2 spike protein to stimulate an immune response.

Ms Loh said she intends to let her daughter take one jab first when she turns 12 in November since she does not have any known allergies.

In the meantime, Ms Loh is hoping to learn more about the CDC investigation relating to the death of the 13-year-old boy in the US.

She said: "I agree that vaccination to achieve herd immunity is the only way to end this pandemic, but I think we as parents need more guidance on what will happen if children get side effects such as Bell's palsy or heart inflammation. Where should they go to get treatment and will the Ministry of Health be following up on their cases?"

Some parents, however, still feel confident about allowing their children to take the vaccines.

Ms Mary Ann Silverio, 42, an IT consultant, told ST that she and her son, a Secondary 3 student, are not worried about him taking his second jab of the Pfizer vaccine in a few weeks.

"All the side effects are usually explained beforehand and the cases of myocarditis have been rare, so I trust that the vaccine should be quite safe," she said. 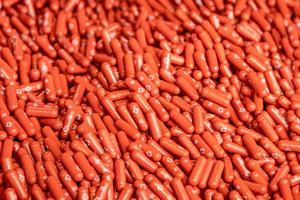