SINGAPORE - Singapore said it is studying an application by Malaysia to review a 2008 judgment by the International Court of Justice (ICJ) over the award of Pedra Branca to the Republic, and is looking closely at Malaysia’s documentation over the issue.

The ministry was responding to Malaysia’s application for the court in The Hague to review its May 2008 judgment, that was announced in a statement by Malaysia’s Attorney-General Mohamed Apandi Ali earlier on Friday.  “The application was made by Malaysia upon the discovery of some fact of such a nature as to be a decisive factor, which fact was, when the judgment was given, unknown to the Court and also to Malaysia as the party claiming revision,” Tan Sri Apandi  said in the statement. He did not elaborate on what the new discovery is. 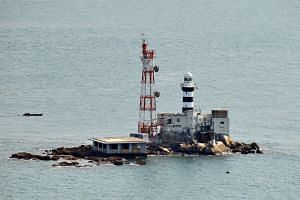 The MFA statement noted that the ICJ judgment was “final, binding and without appeal”.

It also noted that under Article 61 of the Statute of the ICJ, an application for revision of a judgment “may be made only when it is based upon the discovery of some fact of such a nature as to be a decisive factor, and which was, when judgement was given, unknown to the Court and the party claiming revision”.

Additionally, such an application “must be made within ten years of the date of the judgement, and at latest within six months of the discovery of the new fact”.