SINGAPORE - The Singapore passport is among the top five most accepted passports in the world, with its citizens enjoying visa-free access to 173 cities and countries.

For a third consecutive year, Singapore was ranked No. 5 on the Henley & Partners Visa Restrictions Index. It shared the position with Japan and Austria this year.

Last year, Singapore passport holders could travel to 169 cities and countries without applying for a visa. 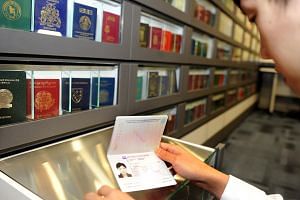 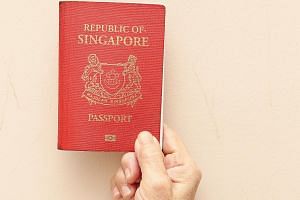 Singapore and Japan were the leading Asian countries on the index this year.

Germany took the top spot, with its citizens enjoying visa-free access to 177 places.

Sweden was ranked No. 2, while Finland, France, Italy, Spain and Britain were a joint third.

Belgium, Denmark, the Netherlands and the United States were ranked No. 4.

The worst performing countries were Afghanistan, Pakistan and Iraq, with their citizens granted visa-free access to only 25, 29 and 30 countries respectively.

The index, produced with the International Air Transport Association, considers 219 destinations. The maximum score for any country is 218.