Adding that collaboration would be a win-win for the two neighbours, Dr Ng told Singapore and foreign media on Friday (June 29) that he completely agreed with the suggestion made by his Malaysian counterpart Mohamad Sabu in an interview with The Straits Times published earlier the same day.

Mr Mohamad had said that both countries can work together to strengthen security cooperation in the entry lane to the Singapore Strait near Middle Rocks and Pedra Branca.

Currently, Singapore, Malaysia, Indonesia and Thailand conduct joint patrols along the Malacca Strait from the Andaman Sea down to the Singapore Strait and its entry point from the South China Sea.

Dr Ng said it would make no sense for Singapore and Malaysia to deploy more resources around Pedra Branca or Middle Rocks if they could work together, adding that joint patrols or search-and-rescue missions were possibilities.

"I think... certainly as closest neighbours, collaboration is a win-win and we will look for more opportunities to do things together," he said.

Dr Ng said there are many meetings lined up - be it Asean or bilateral ones - where these possibilities would be explored.

During the interview held ahead of the Singapore Armed Forces (SAF) Day on Sunday, Dr Ng also sketched out a vision of the next-generation SAF, which will sharpen its lethal edge despite manpower and land constraints.

He also disclosed plans to acquire new combat equipment, with a "definitive decision" on the replacement of the ageing F-16 fighter jets likely in the next few months, in an interview of around 90 minutes centred on SAF modernisation efforts and the global terrorism threat.

Dr Ng was also asked about bilateral relations with Malaysia, which have come under strain after Malaysian Prime Minister Mahathir Mohamad, who came to power after winning the May 9 general election, said Malaysia would review the Singapore-Kuala Lumpur High-Speed Rail project. He also said Malaysia would consider renegotiating a long-standing water supply deal.

Memories of a long-running territorial dispute between both countries have also been rekindled by Dr Mahathir's recent remarks that the structure on Middle Rocks could be enlarged to form a small island. 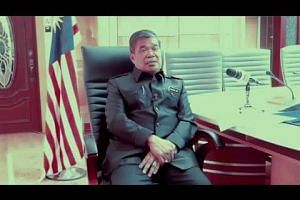 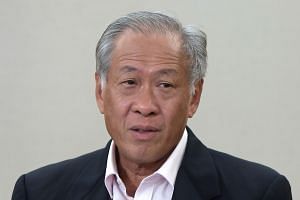 Decision on F-16 replacement 'likely in next few months'

Despite some gaps, SAF scores 'A' for security at Trump-Kim summit

This was even though Malaysia had on May 28 withdrawn its application to revise a 2008 International Court of Justice judgment that said the island Pedra Branca belongs to Singapore, giving up for good its right to challenge Singapore's sovereignty over the island.

The 2008 judgment also ruled that the nearby Middle Rocks belongs to Malaysia, with no definitive ruling on South Ledge except it belongs to whoever owns the territorial waters it sits in.

On bilateral relations with Malaysia, Dr Ng said there is a need to deal with new governments with maturity, respect, and understanding.

Maturity is needed to know that new governments would do things differently and that sometimes they are dealing with their domestic audience, he added.

Respect must be given to the new governments as the powers-to-be while it is also important to understand their predicament and challenges, said Dr Ng.

"So I would approach first few months of the new Malaysian government with maturity, respect and understanding... And where we can help, we will. But it is out of mutual respect and mutual benefit," he said. 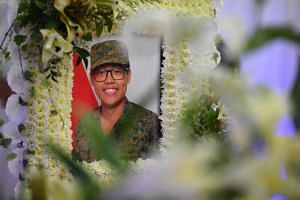 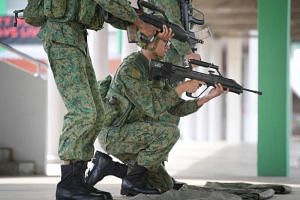 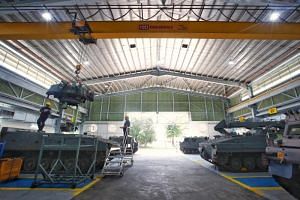 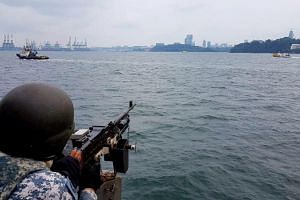 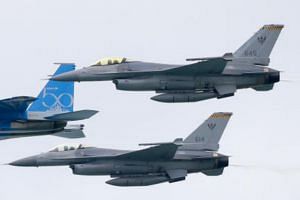