SINGAPORE – Singapore jumped 30 spots in a study that ranks countries based on the number of years of peak productivity of workers, and is one of only four Asian regions positioned in the top 20.

The study looked at how education and health affected the number of years of peak productivity for workers between the ages 20 and 64, or expected human capital.

The study, which spanned from 1990 to 2016, was conducted by the Institute for Health Metrics and Evaluation (IHME), an independent global health research centre at the University of Washington.

Singapore had a significant increase in its expected human capital, from 17 years of productivity in 1990 to 24 in 2016. 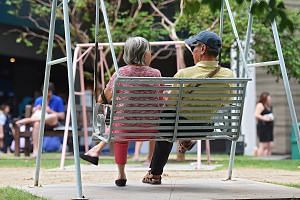 In contrast, the US fell from 6th place in 1990 to 27th in 2016, mainly due to minimal progress particularly in educational attainment.

It was published in the international medical journal The Lancet on Tuesday (Sept 25).

Singapore had the highest score for education quality, which was based on tests among school-aged children, at 98 out of 100, in 2016.

The study noted that higher levels of expected human capital were associated with higher levels of gross domestic product (GDP) per capita in both 1990 and 2016, although researchers did not conduct a formal causal analysis.

Experts here said greater investments in education and healthcare by the Government and individuals over the years have helped to realise these results.

“The Government traditionally places high importance on education and healthcare,” said Dr Kelvin Seah, a lecturer at the Department of Economics at the National University of Singapore (NUS).

Professor Teo Yik Ying, Dean of the NUS Saw Swee Hock School of Public Health, said the metrics for future assessments of human capital will change as the issue of human capital development develops and matures in most countries.

“In the future, the focus will no longer be simply educational attainment and learning, but also whether the skillsets learnt and attained are relevant to the future economy,” he added.

Adjunct Associate Professor Phua Kai Hong from the Lee Kuan Yew School of Public Policy at NUS said  the future challenges for human capital formation in the study’s index will be raising the scores for educational attainment and also functional health status.

“But beyond the index, we should be looking at raising the quality of life in education and health, and not just for human capital formation in purely economic terms,” he added.