SINGAPORE - The founder of Singapore-based online shopping platform ezbuy.sg has engaged in a war of words with Alibaba's founder and president Jack Ma, accusing the e-commerce giant of "bullying" behaviour after more than a thousand accounts on ezbuy were frozen.

ezbuy had issued a statement on Friday (Dec 8) saying that more than 300 purchasing accounts, which were used to place orders on popular Chinese e-commerce website Taobao, faced technical restrictions early this month.

ezbuy uses these accounts to place orders on other sites such as Alibaba-owned Taobao on behalf of customers. However, it was unable to place orders and check out successfully.

ezbuy said more than 1,000 such accounts have been blocked to date. It has been unable to resume its Taobao Buy-For-Me service, which allows buyers to purchase items from global websites through ezbuy.

ezbuy said it had been facing this issue since Nov 4, when it launched a 11.11 campaign - China's version of Black Friday on Nov 11, when stores roll out massive sales on the occasion called Singles' Day.

Mr He introduced himself as an engineer who started a platform in 2010 with a few partners in Singapore. This platform became ezbuy. 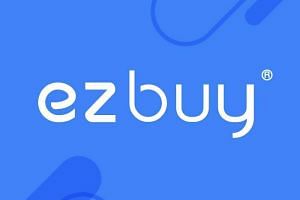 In his letter, Mr He asked Mr Ma if the latter could explain why the accounts had been blocked from purchasing around Singles' Day.

"I hope that we, these ants on the Internet, will at least be able to shout our grievances and not just be bullied by anyone," wrote Mr He.

In response, Alibaba Group issued a statement on its Taobao website on Friday saying ezbuy's act of creating accounts to buy items from Taobao and reselling them was an act of scalping, which it does not tolerate and will penalise.

A spokesman for Alibaba said such acts severely damage both consumers' and sellers' rights, disrupts normal business transactions and perpetrators should be penalised.

"We have followed regulations and carried out the corresponding punishments as appropriate for such acts," said Alibaba, referring to the freezing of ezbuy's purchasing accounts.

"As ezbuy company described in its open letter, the over 1,000 accounts that placed several orders at one go under a single address, reselling them at a higher price, has long breached the regulations of a daigou," wrote Alibaba. "This is a typical case of scalping behaviour."

Daigou is a Chinese term that refers to a third party acting as a channel to buy goods on behalf of a buyer, generally shipping from China to other countries.

ezbuy had said in its statement that the purchasing accounts that were frozen had been "actively operating for several years, without any issues before Nov 4, 2017".

It said that its intention is "for customers to enjoy access to millions of products and make things easier and convenient for everyone".

"We started the Buy-For-Me service for China to help customers in Singapore to buy from Taobao and several other e-commerce platforms in early 2010," wrote ezbuy. "On a rough estimate, we have delivered hundreds of millions of orders to customers in Singapore for the past seven years and have contributed a significant amount to Taobao's business."

It added that its "only wish" was for the freezing of its purchasing accounts to be lifted so it can resume the Buy-For-Me service to its customers.

Other than China, ezbuy also allows customers to buy items directly from overseas online stores based in Korea, Malaysia, Taiwan and the United States.