SINGAPORE - Singapore has adopted its own national e-invoice system based on a widely used European standard, as the Government continues to outfit local businesses here with the capabilities for the digital economy.

The authorities will use the Pan European Public Procurement On-Line system for its nationwide e-invoice system, said Communications and Information Minister S. Iswaran on Monday (May 21). This will help companies here speed up business transactions while minimising disputes, errors and operating costs.

Speaking at the inaugural SG: Digital Industry Day held at the Suntec City convention centre, Mr Iswaran also provided updates on a range of programmes. These are aimed at helping companies here pick up the pace in going digital and compete internationally through innovation, while also transforming the info-communications and media industries to meet the needs of fast-paced digital world.

"While the digital economy holds much promise, going digital may be daunting for many enterprises, especially given the multiplicity of challenges in today's complex and competitive economic landscape," said Mr Iswaran.

"We want to help all our companies succeed in this transformation, and that's why we are ramping up our efforts to accelerate the adoption of digital technologies."

The implementation of a nationwide e-invoice system was first announced during this year's Budget in March. 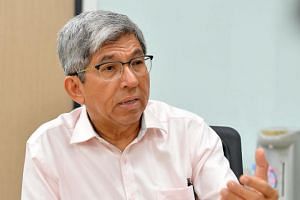 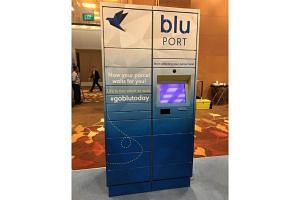 E-invoicing is the automated creation, exchange and processing of request for payments between suppliers and buyers using a standardised digital format. It does away with existing digitised invoices, such as computer printouts, PDF documents or scanned invoices which require some level of human input to process.

Singapore will be the first country outside Europe, and the first in Asia to adopt Pan European Public Procurement On-Line system, which is already being used by 10 countries in Europe, such as Britain, Germany and Norway. The system is interoperable, which lets any company on the network talk to others without any compatibility issues, including those overseas.

This platform will let companies which have business challenges or problems to crowdsource for solutions online. It will pair the companies with partners such as Singapore-based infocomm media companies and researchers from research institutes or institutes of higher learning. Twenty organisations have come on board the programme as IMDA's supporting partners.

The IMDA is also improving its SMEs Go Digital programme, launched in April 2017, by introducing a new digital project management service. This programme will train professionals, managers and executives from digital-ready firms to go out and help other SMEs with their digitalisation.

For a start, the programme will focus on six sectors: security, retail, logistics, environment services, food and beverage, and wholesale trade.

The Singapore Manufacturing Federation has been appointed as the first operator of this initiative, and will start by partnering associations such as One Kampong Gelam, the Singapore Academy of Law and the Institute of Singapore Chartered Accountants.

Lastly, local information and communications technology firms which produce software and related products can learn how to make their solutions even more secure. A two-year programme called GoSecure will pair such firms up with cyber-security professionals to figure out how to design their software with security in mind, as well as perform threat risk assessments and design reviews for any potential weaknesses in the product.

Companies can pay to join the programme, which starts from $6,500. The IMDA will partner the Singapore Institute of Technology to administer the programme, which will also allow students and interns to work alongside security professionals on real business cases to provide them with industry experience.