Out of the blue, Madam Serene Chua, 54, started experiencing severe pain in her stomach and giddiness, and was throwing up blood.

It was late on Saturday and her usual doctor's clinic was closed. She thought it was food poisoning and took some Chinese medicine, but continued to vomit.

Her family eventually took her to Tan Tock Seng Hospital where a scope of her stomach revealed she had well-developed gastric cancer. This was in October 2011.

She was shocked, as she had been going to the National University Hospital (NUH) for checks every year because her mother had been diagnosed with gastric or stomach cancer in 2004. Her mother's cancer was discovered in the early stages and the tumour, in the lower part of her stomach, was surgically removed. She is still fine.

Associate Professor Jimmy So, chief of surgical oncology at the National University Cancer Institute, Singapore, suggested that Madam Chua and her siblings monitor for the cancer as it could run in families.

The pain was so bad, it was worse than labour when giving birth.

MADAM SERENE CHUA, on the abdominal pain after eating lots of kimchi years ago.

Madam Chua said she had done so as she, like her mother, ate a lot of salted fish and vegetables, known to increase the risk of stomach cancer. When she heard that she had a fairly big tumour, she said: "I couldn't believe or accept it. I had been going to the NUH to check so regularly."

Fortunately, her cancer was still within the confines of her stomach, with no spread beyond. However, because of its location - at the top of the stomach - surgeons could not simply remove the affected part. They had to remove her entire stomach. But she is still able to eat.

Prof So explained: "Our food is digested by the small intestine. The stomach is just a reservoir. Hence, even though Madam Chua's stomach has been removed, she can still digest all food that she eats."

But immediately following the surgery, she could only drink fluids and her weight dropped from 53kg to 38kg. The doctors recommended chemotherapy but she declined.

She gradually progressed to porridge and other semi-fluid foods. She recalled: "When I ate food, I felt very bloated and had cramps. I had to lie flat for the cramps to ease." 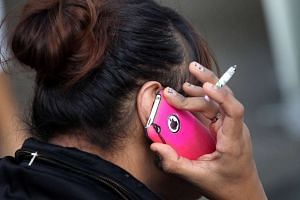 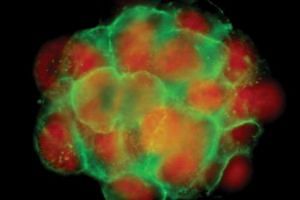 Now she is able to eat, but avoids high-fibre food or things like glutinous rice as she says they are difficult to digest and can cause pain.

On a holiday in South Korea a few years ago, she ate a lot of kimchi. This resulted in severe abdominal pain on her return. She said: "The pain was so bad, it was worse than labour when giving birth."

She was given morphine to dull the pain and was on a drip for four days. Since then, she has been very disciplined about what she eats.

However, Prof So said the abdominal pain was caused by adhesions and "it is not proven that high-fibre intake can cause more obstruction". He added that her "prognosis is excellent as she has been well for more than five years after the cancer surgery".

While Madam Chua regrets not being able to eat all her favourite foods, she said: "I feel very blessed to be still living. My family and friends give me a lot of love and care. I feel motivated to live."