In its March quarterly update, the dictionary added 19 new "Singapore English" items to its lexicon.

There are new senses of common English words, loanwords from Chinese and Malay, and formations in English that are used only in Singapore, the Oxford English Dictionary said on its website.

Some examples it cited: "blur", meaning slow in understanding; "ang moh" (a light-skinned person, especially of Western origin or descent; a Caucasian); "shiok" (cool, great; delicious, superb); "sabo" (to harm, inconvenience, or make trouble for; to trick, play a prank on); and "HDB" (a public housing estate). 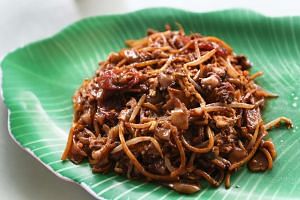 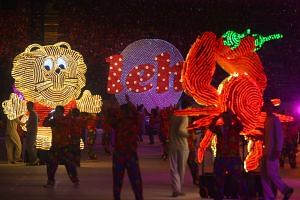 It also noted that terms such as "lepak" (to loiter aimlessly or idly; to loaf, relax, hang out) and "teh tarik" (sweet tea with milk) are characteristics of both Singapore and Malaysian English.

"Wet market" (a market for the sale of fresh meat, fish and produce), meanwhile, is used all over South-east Asia.

It is also now considered acceptable to use "wah", which the OED said is used - especially at the beginning of a sentence - to express admiration, encouragement, delight and surprise, among others.

Other notable words highlighting Singapore's rich food heritage also made it to the list, such as "hawker centre" and iconic local dishes "char siu" and "chilli crab".

Interestingly, the Oxford dictionary also included "Chinese helicopter", which it defined as a derogatory term for a Singaporean whose schooling was conducted in Mandarin Chinese and who has limited knowledge of English.

Several Singlish words had previously made it to the dictionary's online version, which was launched in March 2000.

On Feb 11 last year, "kiasu" was also selected as the OED's Word of the Day.