SINGAPORE - Home Affairs Minister K. Shanmugam on Tuesday (March 1) hit out at inaccurate statements which have been put out regarding the case of a 14-year-old boy who fell to his death following questioning by the police.

The ministry will study how the police and other institutions can respond in future to such falsehoods, he said in Parliament.

These inaccuracies included claims that the boy had been intimidated by five police officers and coerced into admitting to an offence he did not commit, he said in a ministerial statement on the death of North View Secondary School student Benjamin Lim.

The teenager was found dead at the foot of his Housing Board block in Yishun on Jan 26, 90 minutes after being released from Ang Mo Kio Police Division, where he was questioned regarding an alleged molestation case.

Mr Shanmugam, who is also Law Minister, singled out The Online Citizen (TOC) for its inaccurate reports. 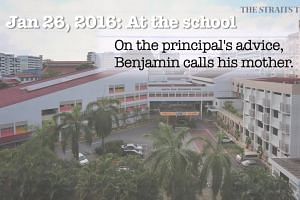 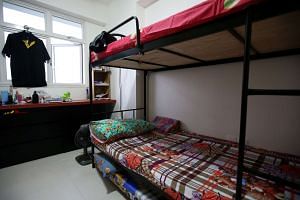 The Benjamin Lim case: A timeline of what happened

"It has gone on a planned, orchestrated campaign, using falsehoods, and has published about 20 articles or so as part of its campaign," he said.

The TOC reports gave the impression that the police were lying, and that police officers had intimidated and put pressure on the teenager to confess to a crime that he did not commit.

These articles led people to conclude that the boy committed suicide as a result, he said.

Mr Shanmugam cited an example of how TOC had published an article on Feb 5 claiming that the officers who visited Benjamin's school wore attire with the words "Police", despite an earlier police statement stating that they were in plain clothes.

TOC's claims were supposedly based on a posting by a woman, Ms Mary Anne Pereira, who later clarified with police that she was wrong and had got her dates mixed up. Ms Pereira has since taken down her post.

"It is sad to see the level of dishonesty and politicisation of this matter. Where the police are wrong - we must and will take action. But we should not allow deliberate, dishonest attacks," said Mr Shanmugam.

He also said he was surprised at recent comments made by Mr Thio Shen Yi, president of The Law Society of Singapore, on the case. 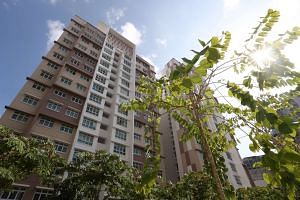 No substantive comment on Benjamin Lim case 'out of respect for family', due to Coroner's Inquiry: Shanmugam

Several statements made by Mr Thio were false, he pointed out. These included how five police officers had spoken to Benjamin and that all five took him to the police station.

Although five officers went to the school, only one of them spoke to the teenager at the principal’s office. Three officers were in the car which took him to the police station, but one alighted halfway.

On Mr Thio's assertion that the police should have behaved in a less intimidating way, Mr Shanmugam said the statements effectively implied that Benjamin had killed himself because of police intimidation.

“Mr Thio has a duty to be fair to the police officers involved. He need only to have referred to the police statement on Feb 1 to know that his facts are untrue,” he said.

As a lawyer, Mr Thio should have known to seek expert evidence, such as assessments from psychologists, he added.