SINGAPORE - Plans are afoot to turn the rustic Lim Chu Kang area into Singapore's high-tech food bowl, but the authorities are also calling for ideas to turn the area into an attractive destination in its own right.

The Singapore Food Agency (SFA) is organising a series of engagement sessions from this month to October for the development of a masterplan for the area, it said on Monday (May 17).

Among the ideas being considered, said Minister for Sustainability and the Environment Grace Fu, was how to bring people closer to the area, such as through educational tours for young schoolchildren and visits for researchers.

SFA is seeking views from the public and the food industry here, among other stakeholders, as part of efforts to develop the farmlands of Lim Chu Kang into a high-tech, high-productivity food hub from 2024.

The masterplan, for an area spanning about 390ha in the rural north-west, was first announced last October and is expected to be firmed up in the next two to three years. Development works are expected to commence in 2024.

Ms Fu, who attended the first of these engagement sessions on Monday, said of building up Lim Chu Kang as a recreational offering: "We hope to see Lim Chu Kang as an attractive destination where Singaporeans will be excited to visit for education and recreation."

The planned redevelopment is meant to help the Lim Chu Kang area - currently home to a number of traditional farms - more than treble its current food production. This forms part of Singapore's "30 by 30" goal - to produce 30 per cent of its nutritional needs by 2030.

The second engagement session will be held on May 31. SFA said the first two sessions are expected to involve about 300 participants, comprising farmers, members of the public, representatives from institutes of higher learning, agribusinesses, incubators and retailers.

The masterplan will help to optimise the limited land area for food production, said Ms Fu in her speech. This includes building shared facilities such as waste treatment or packing plants to enable farms to reap economies of scale.

Circular economy principles can also be introduced, including using by-products as inputs for other parts of the agri-food ecosystem, she said.

Ms Fu cited an SFA survey where 98 per cent of respondents said it is important for Singapore to be able to produce its own food to reduce its reliance on foreign imports. More than eight in 10 respondents identified the risks of disruption to food supply in times of crisis as the reason behind this view.

The survey on public perception of local production and food security was conducted between March and April this year. It had 1,015 respondents, consisting of Singaporeans and permanent residents aged above 18 who were representative of the resident population in terms of gender, age group and race.

Ms Fu added: "I am heartened that there is common understanding of the need for Singapore to strengthen our local food production capabilities further. It is for this reason that we are here to kick-start an important conversation about the future of food production in Singapore." 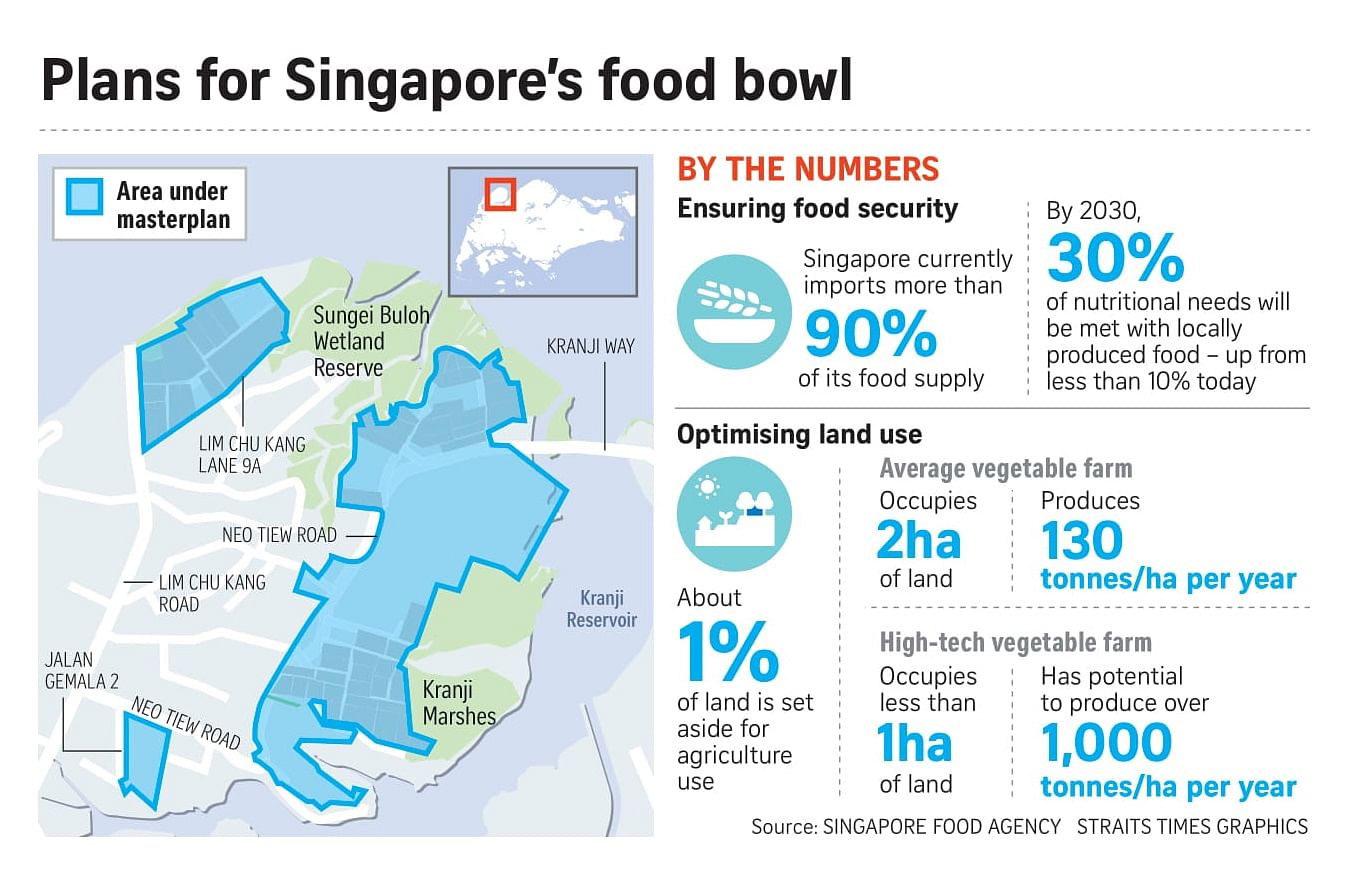