SINGAPORE - Over the past few months, singer-songwriter Sezairi Sezali went through personal hardship as he worked to fine-tune the chorus to National Day Parade (NDP) original song Breathing City.

The cancellation of gigs and loss of his cat and a family member during this period were some of the challenges he had to overcome.

As he wrote the lyrics that form part of the chorus - "can't wait to see our children standing on the moon" - at home, he was reminded to be hopeful as he looked out of his window, he told reporters on Thursday (Aug 19).

From his flat, he saw a "sliver of empty space in the night sky, two buildings and the moon right in the middle".

"I was like, I'm so lucky to be able to see the moon tonight. And that immediately got me, in my mind, that this is hopeful, that the universe is still trying to show me that everything's still here, everything is still OK," said Mr Sezairi.

He made his NDP debut in 2010, a year after winning singing contest Singapore Idol.

The 34-year-old will be performing the song - one of three original compositions this year - at the NDP on Saturday.

Asked what he wants viewers to take away from the event, he said he hopes people will start to think of what they can do for others around them.

"I have personally been through a very tough time during Covid-19 - I've lost family, lost a pet, lost a couple of people - and the one thing that I've learnt about the entire experience is that life really, really is fleeting. And the person you love, something that you love, can just be gone at any second," he noted.

"For me, it's really about putting in the work to tell people you love them, people around you. Because we take it for granted that we see the people we love every day, but to love someone, especially family and friends, it's actual work that you have to put in," he said.

Mr Sezairi, who is performing at the NDP for the third time, drew inspiration for the song after watching a nature documentary by English presenter David Attenborough that featured Singapore's greening efforts.

"What I'm really thankful for, for the most part, is that while we need songs that can be sung together collectively, at the same time, things like that sometimes limit the artistes to what you can do.

"Sometimes you just want to experiment with your thoughts and feelings, and this year I'm so thankful to be given the opportunity to write an original song about how I feel about this country honestly," he said.

Even though the NDP this year has been postponed to Saturday instead of being held on Aug 9, this edition still feels the most special to him because of its own unique set of challenges and the people involved, he added.

About 600 performers are expected to be in the spotlight at the Marina Bay floating platform in the show segment, amid strict safe distancing measures. 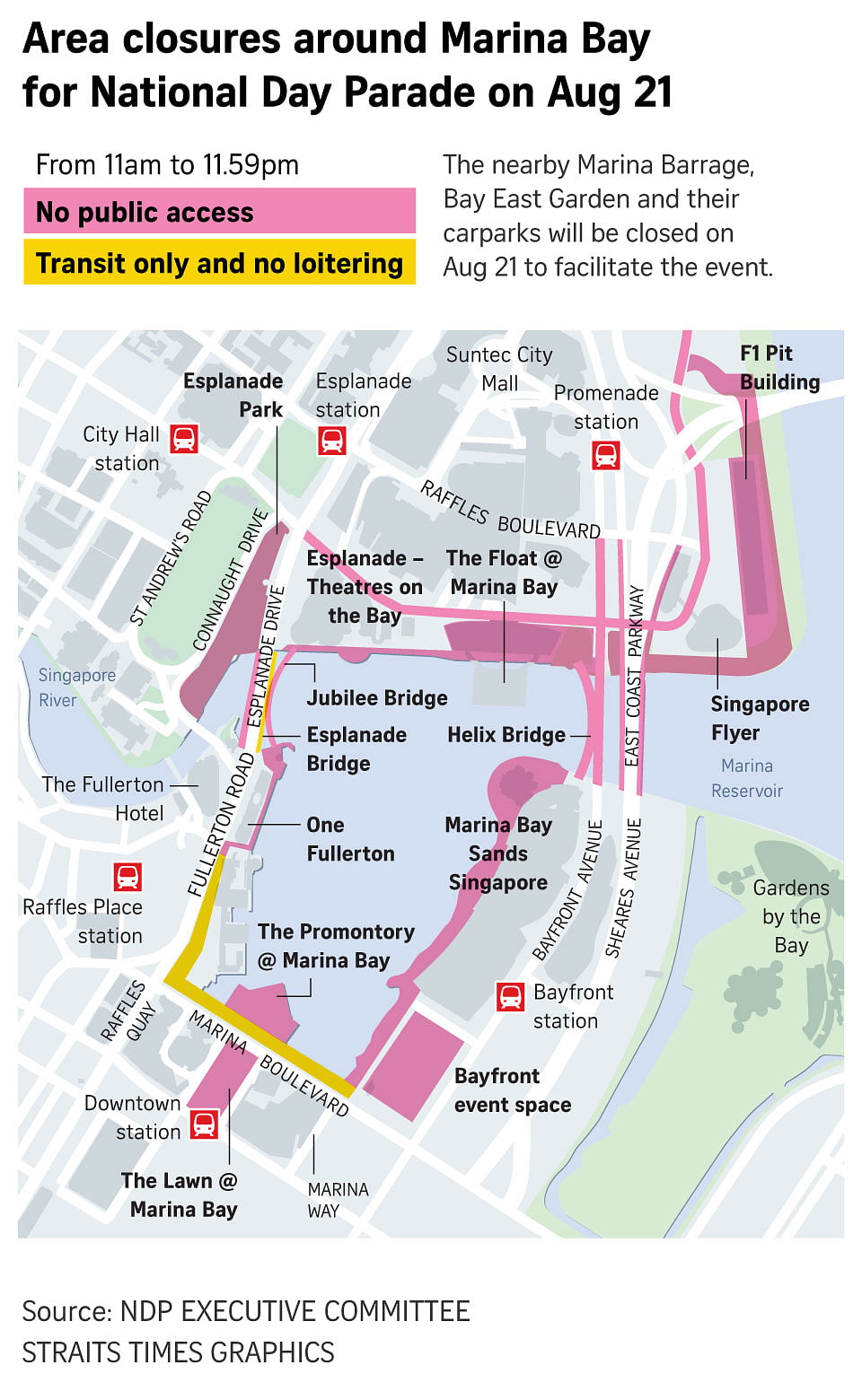 While Mr Sezairi took months and went through multiple iterations of the song, fellow singer Aisyah Aziz, 27, co-wrote Spirits Anew with Harun Amirrul Rasyid Mohamed in a day. This song, along with theme song The Road Ahead by Linying and Evan Low, are the other two original songs this year.

Ms Aisyah said the song, which was inspired by a line in the National Anthem, was about listening to one's inner voice and finding happiness within, amid the chaos caused by Covid-19.

"It was really easy to write the song because we were writing from our feelings, and we literally got the song done in one day, because of the semangat (Malay for spirit) that we had, the enthusiasm we had to write the song," she added.

Vocalist Shabir Tabare Alam, 36, will perform his original song Singai Naadu - translated as Lion City - at the NDP for the first time, in the third act of the show on Saturday.

He said it has now become more difficult for him to sing the song which was released in 2012, as the lyrics mean different things.

"That melancholy which I wrote, which is supposed to be a love song for Singapore, now means different things.

"Because we're in this struggle together... it's so difficult to sing this without breaking down, as it means different things to you and the people around you," he added.

"So I guess that is the biggest challenge for me, to keep it together and to perform it properly."