SINGAPORE - Four local environmental research projects have been awarded grants amounting to $600,000 to study conditions in the Mandai precinct.

Some of the projects will also help identify ways to address the impact of developments to turn the area into an eco-tourism hub.

The grants were announced on Monday (July 29) and will be disbursed by Mandai Park Development (MPD), the body overseeing the precinct's development.

It envisions the area becoming an integrated nature and wildlife district that will include a new rainforest park in addition to the Singapore Zoo, Night Safari, River Safari and Bird Park, which will be moved over from Jurong.

"Having been allocated this land for development, our aim is to strive for a better outcome than before," said Dr Lee Hui Mien, MPD's vice-president of sustainable solutions. "The additional research will allow us to proactively identify knowledge gaps and delve deeper into specific issues which may be unique to the Mandai district.

"New data collected could also add to the scientific advancement of our local biodiversity knowledge."

Since the announcement of the Mandai development plan, wildlife and nature groups have voiced concerns.

An environmental impact assessment (EIA) report released in July 2016 noted that construction could affect groundwater quality, disrupt habitats and species and raise noise and vibration levels, among other issues. 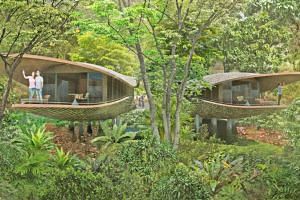 Efforts to make it safer for animals in Mandai area

Mitigation measures such as forest and species restoration, as well as avoiding development work in certain areas, are on the cards. If these measures were enforced, most of the impact factors cited in the EIA would be reduced to a residual impact of "small" or below, according to Mandai Park Holdings, the parent of MPD.

Researchers working on the latest projects say the data collected will be crucial in monitoring changes to the ecosystem and highlighting risks.

One of the research projects awarded a grant was the Mandai Insect Survey, a two-year project that is studying the rich insect diversity in the secondary forests of the Mandai precinct.

The project is led by Dr Hwang Wei Song and Dr Ang Yuchen, curators of the entomological collections at the Lee Kong Chian Natural History Museum. Both are also lecturers at the National University of Singapore.

Dr Hwang noted that "80 to 90 per cent of Singapore's biodiversity is made up of insects alone".

"We've lost most of the big vertebrate groups in Singapore. But the forest patches we have left are still very rich; we are still finding new species."

Dr Ang added: "Without insects, the forests would die. The bigger mammals who used to support all the ecosystem functions here are all gone; that means it's primarily the insects that are keeping our forests alive. And yet we're still attacking them with fumigation and pollution."

"How did they survive? How have they adapted? We need to understand what is still around, and how to conserve them."

While the team acknowledges the Mandai development will definitely impact the surrounding forest and insect life, they are not concerned for the insects' survival.

"Our data thus serves as a baseline to help (Mandai) have a measure of how much restoration work is required to, say, bring back 80 per cent of biodiversity."

Funds have also been allocated to a study on the use of black soldier flies to manage carnivorous waste to build a closed loop waste management system for the new parks at Mandai.

A project that studies how Singapore's hot climate will affect visitors' reception of the educational environmental messages in the Mandai parks also received funding, as did research to improve movements in the Mandai district for the Sunda colugo, a type of flying lemur commonly found in the area.