SINGAPORE - Red Dot Power has pulled out of the electricity market, saying on Friday (Jan 4) that it had been a "financially challenging period".

The company was part of the initial soft launch for the open electricity market (OEM) in Jurong, signing up around 3,000 customers, including 120 households.

When the open market roll-out to other parts of the island began on Nov 1, Red Dot Power decided to not sign up new customers as it evaluated its business.

Now, it has decided to exit the OEM, and its customers' electricity accounts will be transferred back to the SP Group on Monday (Jan 7).

Its departure leaves 22 electricity retailers in Singapore, of which 13 will continue to participate in the OEM's nationwide launch.

"We are working closely with Red Dot Power to ensure a smooth transfer of its customers, mostly commercial and industrial consumers, to SP Group as part of the standard process for retailers who are exiting the business," said a spokesman for Energy Market Authority (EMA).

Red Dot Power was one of 13 retailers who took part in the April 2018 pilot of the OEM in Jurong. Experts believe it fell victim to a price war among retailers, which are offering big discounts and attractive freebies to get customers to switch from SP Group.

In September (2018), Red Dot Power was offering residential plans of 19.08 cents per kWh, while some retailers were offering as low as around 17 cents. Red Dot's customer base of 3,000 to date is below the 10,000 some retailers have secured.

Professor Subodh Gautam Mhaisalkar, executive director of the Energy Research Institute at Nanyang Technological University, believes Red Dot's exit is likely to be part of a process of "consolidation" in the market.

He added: "Being an electricity retailer is still a long-term viable business opportunity for companies, and with multiple companies also in the business, one company bowing out does not raise a red flag."

Ms Daphne Koh, 26, whose family of three in Jurong has a subscription plan with Red Dot, said: "I don't appreciate that the services were halted so quickly. I hope the prices other retailers provide won't be far above what we pay now."

Red Dot has assured customers their power supplies will not be disrupted. "We are working closely with the EMA and SP Group to ensure a smooth transfer," said its chief executive officer Vijay Sirse.

He also assured customers they would not be required to pay any early contract termination charges.

Customers with security deposits held by Red Dot will have the money used to offset their latest electricity bill. The remaining sum will be refunded, no later than one month from the date of the final invoice. 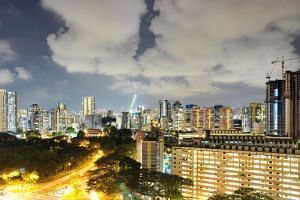 The EMA spokesman also said that several safeguards are in place when selecting retailers to participate in the OEM. "Even if a customer's retailer exits the business, their electricity supply will not be disrupted and their security deposits will be protected by business insurance or banker's guarantee."

The OEM was conceptualised as a way to enable households and businesses to buy electricity produced by power plants through a retailer with a price plan that best meets their needs.

EMA said about 30 per cent of residents in the areas where the OEM is under way have switched to retailers other than SP Group.