It is also the first time food-borne transmission of the bacteria to people has been proven, says NUH consultant

The recent Group B Streptococcus (GBS) bacteria outbreak is unique on several fronts.

Not only is the outbreak, caused by the Type III GBS ST283 strain, the largest of its kind in the world, but it is also the first time that food-borne transmission of GBS to people has been proven, said Dr Hsu Li Yang of the National University Hospital.

"This particular strain of GBS is also seen to cause very severe infections in healthy people, while most strains of GBS that affect humans tend to only cause infection in newborns or people with very weak immune systems," said Dr Hsu, a consultant at the hospital's Division of Infectious Diseases.

But he added that cases of GBS infection are expected to decrease, after the National Environment Agency (NEA) banned the use of all freshwater fish in raw fish dishes.

There have been about 360 cases of GBS infections since the start of this year, with about 150 cases linked to the consumption of Chinese-style raw fish dishes that use freshwater fish.

Dr Hsu said: "The recent outbreak of GBS infections has been linked to the consumption of raw freshwater fish. Now that the major source of infections has been closed off with NEA's ban, we should see only sporadic cases from now on. It is also very unlikely that this infection can be spread from person to person.

"At worst, we will see a few cases of infections caused by this particular strain of GBS every year."

Dr Hsu said consumers should be mindful that eating raw saltwater fish such as that used for sushi and sashimi also comes with risks.

The major concern is parasites. The two most common parasites caused by the consumption of raw saltwater fish are the fish tapeworm and anisakis, he said. 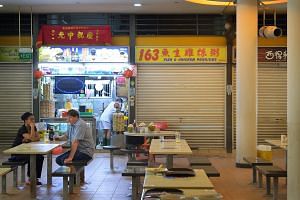 The fish tapeworm can grow to several metres long in a person's intestines. As the tapeworm spends part of its life cycle living inside saltwater fish, eating raw fish means there is a chance of an infection. 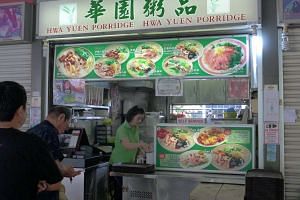 The other worm, anisakis, is one of the most common parasites among sashimi eaters in Japan. People infected tend to experience symptoms akin to having a gastric ulcer.

Dr Hsu said the parasites can be killed by freezing the fish. It is thus important to keep fish chilled or frozen until it is cooked or served. At home, food should be handled properly to avoid cross-contamination and minimise the risk of infection.