SINGAPORE - Residents of Springside Park in Seletar thought they had a rat problem when they spotted rodent-like creatures scurrying around in their estate.

But they found out later that these creatures were actually shrews, which bear a striking resemblance to rats.

But lying in wait were the mole-like shrews. Not classified as rodents, the small mammals have cylindrical bodies with short, slender limbs and clawed digits.

"(NParks) explained to some residents that shrews are harmless to humans, and eat insects like cockroaches. Some residents requested not to kill the shrews," wrote Ms Lee, who is also chairman of the Government Parliamentary Committee for the Environment and Water Resources.

She added that she had never heard of shrews before, and that NParks is monitoring the situation. 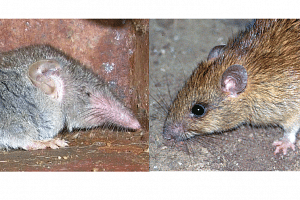 Shrews uncovered at Springside Park: How they are different from rats and mice

According to wildlife site OneKind, shrews have to eat between 80 and 90 per cent of their own body weight in food daily to survive. They are said to be easily startled and will jump, faint or even die at a sudden noise.

Singapore is believed to be home to at least two species of shrews - the house shrew and the South-east Asian white-toothed shrew.