The Personal Data Protection Commission (PDPC) has approached Facebook and WhatsApp over recent changes to the popular messaging service's terms and conditions of use.

This move comes after the PDPC received numerous inquiries from members of the public who are concerned about their privacy, according to Chinese daily Lianhe Zaobao.

WhatsApp, which was acquired by Facebook for US$19 billion (S$25.8 billion) in 2014, announced last Thursday that it would begin sharing data such as users' phone numbers with its parent company.

The change is supposed to make it easier for Facebook to target advertisements and friend recommendations on its social network.

In the coming months, WhatsApp will also start testing a function for businesses to send direct messages such as appointment notifications and marketing material. 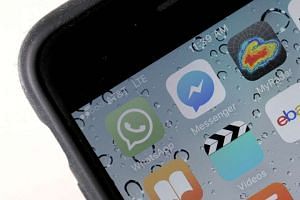 A Straits Times report last Saturday said that WhatsApp had promised that it "won't post or share your WhatsApp number with others, including on Facebook, and we still won't sell, share, or give your phone number to advertisers".

WhatsApp users can opt out of such sharing within 30 days from Aug 25.

Users who have already accepted the new terms without first turning off the sharing option can still change the settings.

They can do so by tapping on the app's settings menu, selecting "Account" and turning off the option that reads "Share my account info". This will stop WhatsApp from sharing the user's data with Facebook.

However, some WhatsApp users are concerned that this may not be good enough.

A reader of The Straits Times said on Facebook that, even if the user has deactivated his account with Facebook and WhatsApp, the companies might have already backed up the data in their data centre.

Lawyers who spoke to Lianhe Zaobao were divided as to whether the option to opt out of sharing can be considered as the company genuinely seeking users' consent to the new terms of service.

Lawyer Rajesh Sreenivasan, head of technology, media and telecommunications at Rajah and Tann, told Lianhe Zaobao that WhatsApp's measures, including allowing users to opt out of sharing, is the right thing to do.

One lawyer, however, told the Chinese newspaper that although the company offers the option, it remains debatable if what it is doing is enough to protect users' privacy.

The PDPC said that it has approached the relevant companies for further clarifications.