SINGAPORE - A smaller proportion of people have been donating to charities in Singapore, but the overall donations have gone up over the past 10 years, going by the findings of a biennial survey.

That is because the average donor is contributing more, according to the survey, which aims to track trends in volunteering, philanthropy and other forms of giving among Singaporeans.

Overall donation rates dipped from 91 per cent in 2008 to 79 per cent in 2018, the National Volunteer and Philanthropy Centre (NVPC) shared on Thursday (May 16).

One reason for the dip in donation rates may be that other life priorities, such as family commitments and financial security, may have held some Singaporeans back from contributing.

The study found that while nine in 10 Singaporeans displayed a strong intention to donate and seven in 10 to volunteer, other factors got in the way. 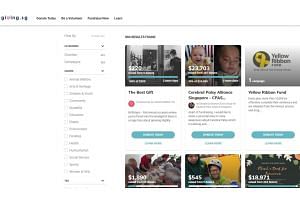 The top priorities for Singaporeans were family commitments, health, financial security and staying employed, according to the study, while contributing to society ranked 14th on their list.

"Financial security is among the top three life priorities for Singaporeans, which suggests that in times of perceived economic uncertainty, more Singaporeans may hold back cash giving," said Mr Jeffrey Tan, director of knowledge, marketing and advocacy at NVPC.

The study, which is in its 10th edition, also revealed that despite the ubiquity of digital platforms, most Singaporeans have used only offline modes to donate (77 per cent) and register for volunteering opportunities (63 per cent).

The biggest barriers around giving via digital platforms include a perceived scepticism towards online calls for donations (43 per cent) and a lack of trust in providing online channels with personal data when it comes to donating (36 per cent).

These findings reflect a need for charities to become more transparent and accountable as a way to engage potential and existing givers through online channels, said NVPC.

"Giving thrives when there is trust. One way to build integrity in the system is to maintain strong and credible go-to online platforms like the SG Cares app and Giving.sg," he added.

The survey also found that Singapore's volunteerism rate has climbed over the years. Almost three in 10 individuals (29 per cent) volunteered last year, compared with 17 per cent in 2008.

The survey also found that there was a growing pool of former volunteers. These are people who had previously volunteered but had not done so in the past 12 months. Over half (53 per cent) of former volunteers said that their volunteering experiences had not met expectations, with the most commonly cited reason being a lack of flexibility (28 per cent) and a perception that the activity created little meaningful impact (25 per cent).

NVPC said that besides recruiting new volunteers, charities may need to pay attention to retaining existing ones. One way is by aligning volunteering opportunities with interest, skills and expectations to bridge the mismatch, it added.

On how to get more people to contribute to society, chief executive S. Devendran of Sree Narayana Mission (Singapore) said that charities need to reach out and engage the community more effectively. 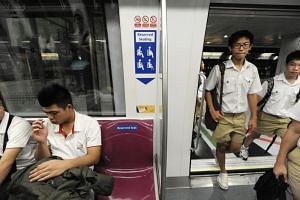 "We need to communicate and, in particular, leverage social media platforms to tell compelling stories and sharpen the articulation of causes that touch heartstrings and purse strings," he said.

"We also need to create opportunities for people to volunteer as families or as work colleagues. The bottom line is that it is not about asking donors for time and money. It is about giving them opportunities to bring about change.

"When we can present them with such opportunities, the resources will come."