An average of 170 discrimination cases based on nationality have been handled annually in the last three years by the Tripartite Alliance for Fair and Progressive Employment Practices (Tafep), said Manpower Minister Tan See Leng in Parliament yesterday.

The top three sectors making up about half of the complaints are wholesale and retail trade, administrative and support services, and other service activities, he added.

These cases are investigated by Tafep and, where warranted, referred to the Ministry of Manpower for enforcement.

Dr Tan was delivering a ministerial statement on how Singaporeans can compete strongly and fairly, which includes fighting discrimination in the workplace.

He said: "We know that not all employers play by the rules. We have zero tolerance towards discriminatory hiring practices.

"All employers are expected to comply with the requirements of the Fair Consideration Framework, and not discriminate on characteristics that are not related to the job."

In January last year, the ministry stiffened penalties further for discrimination cases, such as suspending work pass privileges for errant employers for up to 24 months, instead of at least 12 months.

The minimum period for which employers have to advertise jobs on MyCareersFuture before submitting work pass applications was also extended to 28 days, instead of 14, so local job seekers have more time to respond to job openings.

"Going forward, we will do more to clamp down on egregious employers with discriminatory employment practices," he said.

Apart from fighting discrimination, Dr Tan said upskilling and training are also vital in helping Singaporeans remain competitive, such as those displaced from their jobs. "This happens not only because of competition from foreign workers, but also because of other factors like technological change and industries phasing out," he said.

"This is why the Government invests so heavily in retraining and skills development, so that displaced workers can gain new skills and reinvent themselves, either doing a different job in the same industry, or transiting to another industry altogether."

He added that government policies have also helped to preserve jobs amid the coronavirus crisis. 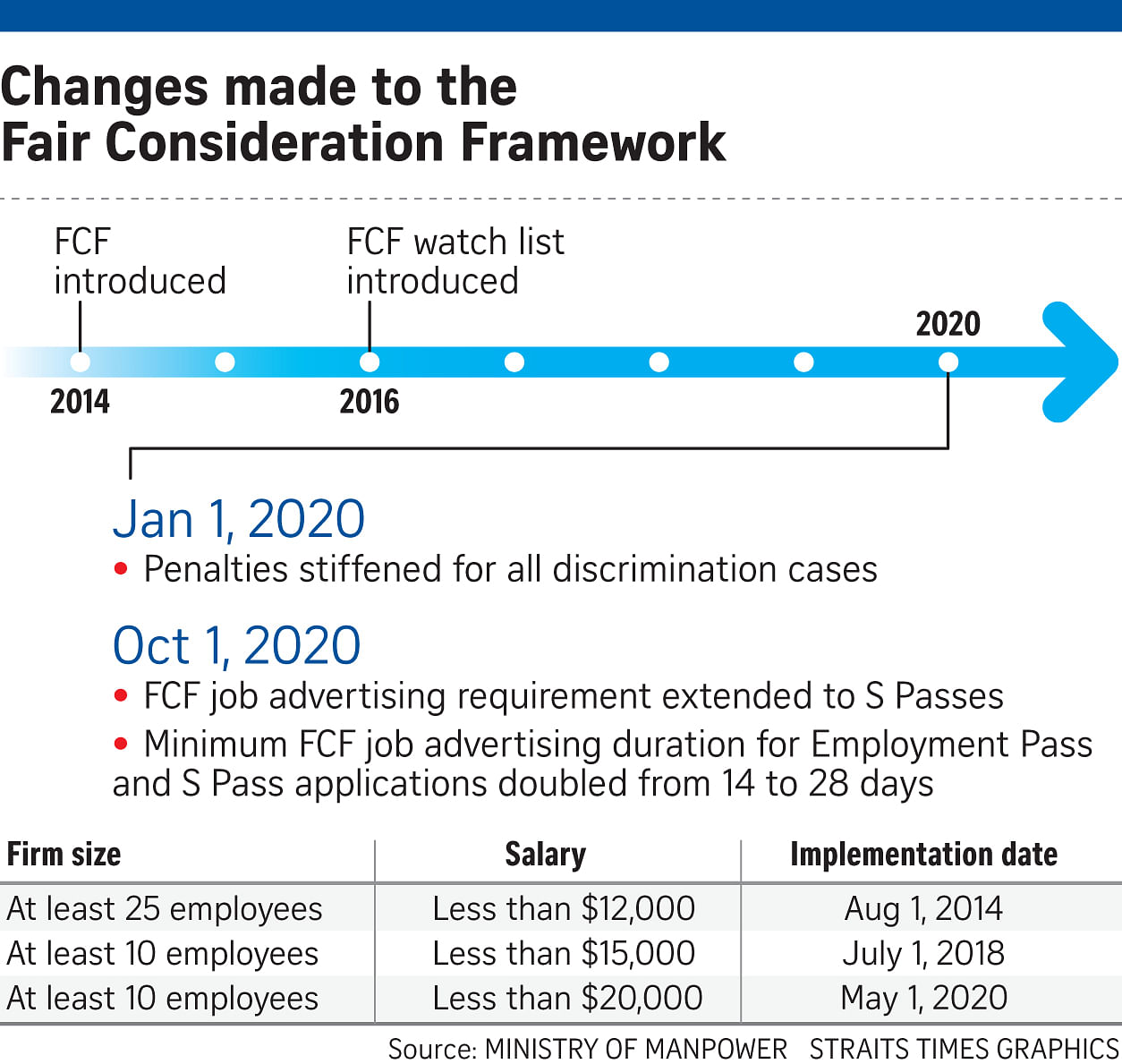 Foreign employment took the largest hit, shrinking by 181,500. But resident employment managed to expand by 14,900 despite the downturn.

"We are not quite out of the woods yet and there is more work yet to be done, but let us also build on what we have collectively achieved so far," he said.

Changes made to the Fair Consideration Framework