SINGAPORE - Police cameras have been instrumental in helping to solve and deter crimes, according to the latest figures released by police on Friday (Feb 10) morning.

These include theft, unlicensed moneylending and molest cases.

As of July last year, 62,000 police cameras have been installed in Housing Board blocks and multi-storey carparks.

Residents have also played their part in monitoring crime in HDB estates.

We will expand our network of PolCam 2.0 to town centres, neighbourhood centres, hawker centres and paths to transportation nodes. pic.twitter.com/s6pWxwHO62 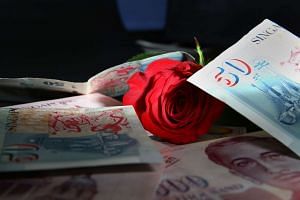 Since 2015, the Vehicle on Watch programme saw an increase in participation with 5,500 vehicle owners using their dashcams to deter crime in 500 carparks across the island.

In selected estates such as Ang Mo Kio Town Centre, there are 51 of these cameras installed, some of which have sophisticated zoom capabilities and wider areas of coverage.

Some of the bigger cameras are prominently displayed at the sides of HDB blocks, including walkways in hawker centres.

The footage is viewed at command centres.