In the missive dated Jan 4, PM Lee said Mr Rajah had left a mark during his decade on the Supreme Court Bench, contributing prolifically to Singapore's jurisprudence.

"Many of your judgments have shaped the development of Singapore law," he wrote.

Mr Rajah, who was Attorney-General from mid-2014, will be replaced by Mr Lucien Wong.

Mr Rajah's term ends on Jan 14, when he reaches the retirement age of 60 years. 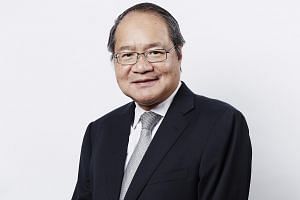 These included including the largest ever market-rigging securities case and the largest scale money-laundering case in Singapore.

He enhanced existing legal processes, including one to review issues relating to youth justice in Singapore.

He also directed the legal work on Singapore's negotiations with Malaysia on the Singapore-Kuala Lumpur high-speed rail project.

The AGC, under his leadership, also gave legal support for the successful negotiation of significant international agreements.

"The Government thanks Mr Rajah for his service and contributions as Attorney-General," Mr Lee said.