ULAANBAATAR - Prime Minister Lee Hsien Loong joined other world leaders and government representatives in observing a minute of silence for victims of the Nice attack at the two-day Asia-Europe Meeting (Asem) Summit on Friday (July 15).

Terrorism dominated the agenda at the biennial meeting, where China was expected to face criticism for rejecting an international tribunal's ruling against its claims in the South China Sea.

A joint statement at the summit condemned the recent spate of terrorist attacks in Europe and Asia, including Thursday night's attack in France that left at least 80 dead and scores injured when a lorry ploughed through a crowd celebrating Bastille Day.

"We strongly condemn the heinous and cowardly terrorist attacks perpetrated, resulting in the unacceptable loss of innocent lives and countless injuries," said the statement issued by  the heads of state and government from the 34 Asian and European countries and leaders of the European Council, European Commission and Asean at the summit.

They also reaffirmed their commitment to join forces against terrorism.

The South China Sea dispute was expected to feature at Asem, the first big international meeting after a United Nations-backed arbitral tribunal on Tuesday sided with the Philippines in invalidating China's claim on historic rights in the waters. China had warned that the issue should be kept off the table, before Chinese Premier Li Keqiang arrived in Mongolia on Thursday for Asem.

Instead, after Thursday's horrific attack in France, the summit opened with world leaders and government officials sending messages of condolence, and condemning the act of terrorism that left at least 80 dead and scores injured when a lorry ploughed through a crowd celebrating Bastille Day in the southern French city of Nice.

Mr Lee, speaking at a plenary session, said: "I join my colleagues in expressing my sympathies to the people and government of France, and condolences to the families of the victims."

The theme of this year's Asem summit, held in Mongolia's capital city, Ulaanbaatar, on Friday and Saturday, is on promoting greater connectivity. 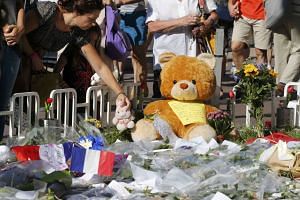 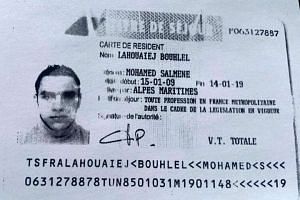 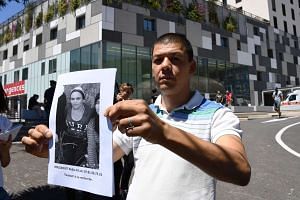 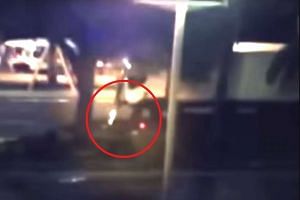 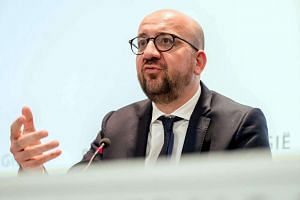 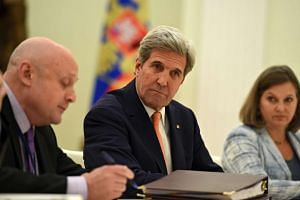 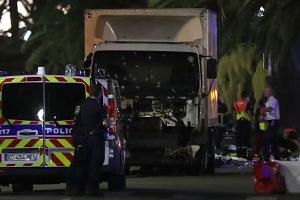 Touching on this at the plenary session, Mr Lee said although increased connectivity has brought prosperity, vibrancy and progress in many countries, and improved people's lives, there has been a growing backlash around the world by those who feel that they have been left behind by globalisation.

He added that governments should resist the impulse to turn inwards, amid the increasing demands for barriers to immigration, free trade and the exchange of information by those who feel marginalised.

This unease with globalisation was expressed starkly in Brexit, Britain's historic vote to exit the European Union in a referendum on June 23, he added.

Saying it is not an isolated incident, he called on government leaders to find ways to assure their citizens and to help them thrive in an open economy and society.

"While these feelings are understandable and natural, governments have to address the impulse to turn inwards," he said.

He added that while the world is more connected than ever before by air travel, the Internet and the exchange of technology among other things, there is still room to grow connectivity in many areas.

In the area of trade, for instance, Singapore hopes to work towards becoming part of an inter-regional free trade agreement between Asia and Europe, and will build on existing agreements with the European Free Trade Association, he said.

Before the plenary session, Mr Lee had met with European Council president Donald Tusk and European Commission President Jean-Claude Juncker, as well as European Commission vice-president Federica Mogherini, during which they discussed the progress of the ratification of the recently concluded EU-Singapore FTA.

Mr Lee said he hoped it would be ratified soon, while the EU leaders agreed that it would strengthen ties between Singapore and EU member countries.

In the area of air travel, said Mr Lee, an open skies pact between Europe and Asia will bring the two regions closer.

He said he was happy to hear the European Commission had been given the green light to start negotiations on an EU-Asean Comprehensive Air Transport Agreement that aims to help reduce restrictions for airlines from both blocs.

Recalling the birth of Asem, which Singapore co-founded with 25 other members 20 years ago, Mr Lee said the informal inter-governmental dialogue was started as "we all believed that we would thrive with more connectivity; not less".

"I hope we will continue to explore how we can grow in our links with one another, and bring about greater prosperity for our people," he said.

At the sidelines of the summit, Mr Lee also met with leaders from India, Vietnam, Lithuania, Netherlands, Luxembourg, Malta, Kazakhstan, Thailand, and government representatives from Portugal, Spain and the Philippines.