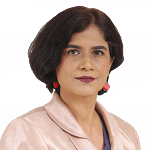 SINGAPORE - Prime Minister Lee Hsien Loong and United States Acting Defence Secretary Patrick Shanahan reaffirmed the excellent and longstanding relations between Singapore and the US during a meeting on Friday (May 31).

Mr Shanahan, who is in Singapore for the Shangri-La Dialogue, called on Mr Lee at the Istana. Foreign Minister Vivian Balakrishnan and Senior Minister of State for Defence Heng Chee How also participated in the meeting.

PM Lee will make a keynote speech at the dialogue, which kicks off later this evening.

In their meeting, Mr Lee expressed appreciation for the US' support for the Singapore Armed Forces' training in the US, said a statement from the Ministry of Defence.

Both Mr Lee and Mr Shanahan also expressed support for the upcoming renewal of the 1990 Memorandum of Understanding (MOU) for the United States Use of Facilities in Singapore.

Signed by founding prime minister Lee Kuan Yew and then-US Vice-President Dan Quayle, the pact was the key document that facilitated the US' access to Singapore's air and naval bases, and anchored the presence of the US in the region for almost 30 years.

More On This Topic
Singapore and US to update and renew key defence pact
Shangri-La Dialogue: Read more

Mr Lee and Mr Shanahan also discussed regional security developments and reiterated the importance of the US' continued engagement of the Asia-Pacific, the Ministry of Defence said.

Mr Shanahan is due to meet South-east Asian Defence Ministers on the sidelines of the dialogue later today.