SINGAPORE - Prime Minister Lee Hsien Loong has thanked those who shared their thoughts on the name "Syonan Gallery" and said such conversations bring Singaporeans closer together.

Syonan or "Light of the South" was the name Japanese occupiers gave Singapore during the war.

In a Facebook post on Saturday (Feb 18), PM Lee said many Singaporeans have spoken up in recent days about the exhibition.

"The name 'Syonan' was meant to evoke that dark and traumatic period in Singapore's history," he said. "But quite a few felt that the name itself, used like this, caused them pain. Many Singaporeans of all races suffered terrible atrocities during the Japanese Occupation, or had family members who did," he said. 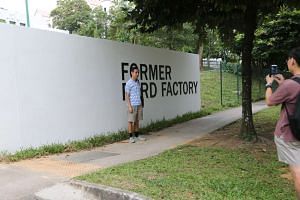 Visitors to former Syonan Gallery welcome change of name, new signs to be up in a month 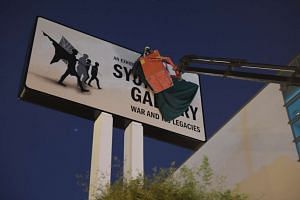 Syonan Gallery renamed: 'Never any intention to cause pain'

Syonan Gallery renaming: An approach to naming and dark histories

"My colleagues and I honour and respect these deep feelings. So we have renamed the exhibition to bear witness to these painful memories."

He added: "Thank you all who shared your thoughts and views. Such conversations bring us closer together."

He also hoped that Singaporeans will visit the exhibition and added "we must never forget the events that so profoundly impacted our lives and shaped our society".

On Friday, Minister for Communications and Information Yaacob Ibrahim had said that people shared with him how they were hurt by the words Syonan Gallery.

"This was never our intention, and I am sorry for the pain the name has caused," he said on Friday.