SINGAPORE - Surfing speeds on Singapore's free public Wi-Fi service Wireless@SG will be more than doubled to 5Mbps by year-end, as the Government looks to the network as a key enabler of Singapore's smart nation vision.

The number of Wireless@SG hot spots will also be doubled to 20,000 by 2018 to better complement telcos' 4G networks in meeting consumers' rising demand for mobile broadband.

"We must build first class infrastructure for pervasive, seamless and high speed connectivity to benefit citizens and businesses," said Dr Janil Puthucheary, Minister of State for Communications and Information, announcing the upgrades on Monday (April 11) in Parliament.

Some Members of Parliament had asked if there were plans to improve the surfing speeds of Wireless@SG, with Mr Zaqy Mohamad (Chua Chu Kang GRC) saying: "Today's Wireless@SG speeds are slower in performance than what our 4G mobile networks provide."

Addressing this, Dr Janil said that Wireless@SG's current speed is already faster than most public Wi-Fi services around the world. But because demand is increasing, there is a need to boost current speeds. 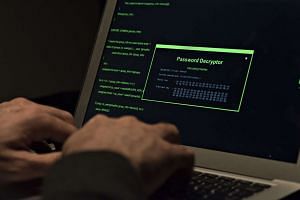 With the upgrade, Wireless@SG speeds will be faster than existing 3G speeds, he said. Singapore will also be the densest hot spot city in the world, calculated by the number of hot spots per inhabitant. Currently, Singapore trails only Tokyo. 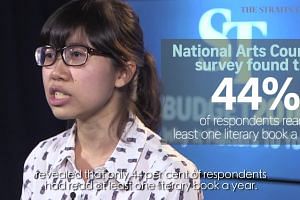 Parliament: First National Reading Day to be held on July 30 to help nurture love of books

"But it is not the connectivity that makes us smart; it is what we do with it," said Dr Janil.

"Operators can also use Wireless@SG to offer improved services such as cashless payment and location-based analytics. All this benefits consumers, businesses, and productivity."

Coverage expansion will target congested places such as hospitals, government buildings and community centres so that more people can connect to the network without surfing slowdowns, a common bugbear.

More public places such as hawker centres, train stations and retail malls will also be added to the list of Wireless@SG zones.

About half of the existing 10,000 hot spots at the current 3,000 locations are already allowing users to surf at up to 5Mpbs, from 2Mpbs previously. Speeds at the remaining hot spots will be upgraded by year-end.

As at December last year, there were two million frequent users on the network, clocking 10 million hours a month. Every month, they also consume 1.1 petabytes, or 11 per cent of what mobile users consume monthly on 4G and 3G networks.

This has come after the network was last upgraded in April 2014. Specifically, the log-in process was simplified using identification data already stored on users' SIM cards.

To date, more than 90 per cent of all Wireless@SG users log in via this simplified method.