SINGAPORE - Singapore's soldiers will have robots fighting alongside them in the future, in the form of unmanned ground vehicles armed with machine guns.

These were the scenarios for the next generation of Singapore Armed Forces (SAF), which were revealed by the Defence Ministry on Friday (March 3) during the Budget debate in Parliament.

To design and build these robots, a robotics laboratory will be set up in April in the DSO National Laboratories, Singapore's national defence research and development organisation.

The laboratory will be a "one-stop facility" that allows defence engineers to work on prototyping, integration, simulation and testing of systems prior to field trials for the SAF, said Mindef. 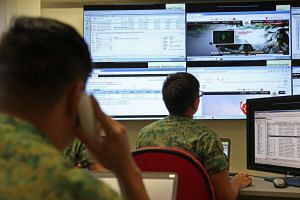 The next generation SAF will also tap data analytics, such as through the integration of data from multiple sources such as cameras and ground sensors from various agencies, to enhance counter-terrorism operations, said Mindef. 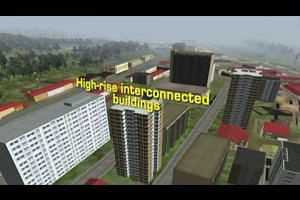 To build capabilities in these areas, the Defence Science and Technology Agency (DSTA) will set up an Analytics and Artificial Intelligence Laboratory.

The event, expected to run on a biennial basis, will bring together thought leaders from governments, industries, academia and think-tanks from around the world to discuss the implications and opportunities of technological advancements for defence.