SINGAPORE - Needy Singaporeans will get more financial aid each month from the Government.

The scheme, also known as Public Assistance, provides a cash sum each month to destitute persons who cannot work permanently as a result of old age or illness, and have little or no family support.

Most are elderly Singaporeans, and recipients also get other help, such as with their medical bills. The increase in Public Assistance quantums will benefit some 4,000 households.

As the name suggests, the Long Term Assistance Scheme provides aid for the long term and recipients will get help as long as they remain eligible for the scheme.

Meanwhile, new beneficiaries of the ComCare Short-to-Medium Term Assistance scheme (SMTA) and those who have their SMTA aid renewed after July 1 can also expect more money.

Mr Desmond Lee, Minister for Social and Family Development (MSF), said in Parliament on Tuesday (March 5): "We also provide ComCare Short-to-Medium-Term Assistance to help families tide over difficult times and regain stability. For example, those whose breadwinners are temporarily unable to work, looking for jobs or earning a low income may receive temporary support.

"We have similarly reviewed ComCare SMTA to keep pace with living expenses and changes in expenditure patterns."

Mr Lee said the amounts given to SMTA recipients vary, depending on their needs and financial circumstances. 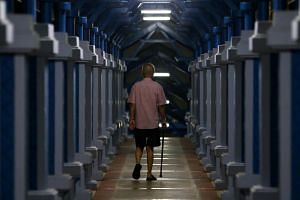 The Ministry's spokesman gave an example of a family of two living in a one-room HDB rental flat and where one person is earning $500 from working part-time. They get about $360 a month from the SMTA to supplement their income. The household can expect an increase of about $200 in aid from July.

The length of monetary aid given also varies from case to case, but in a Parliamentary reply in February, the MSF said a median sum of about $400 was given to families on the SMTA a month and the median length of help received was about six months. From 2015 to 2017, between 14,000 and 16,000 households received the SMTA at any point in time.

Mr Lee announced the increases in ComCare quantums in response to questions from Dr Lily Neo (Jalan Besar GRC) and Mr Seah Kian Peng (Marine Parade GRC), who asked about the efforts to strengthen the aid given to vulnerable families.

Mr Lee said that in the past decade, the MSF has reviewed and adjusted the ComCare rates every two to three years. The last review was in 2016.

Mr Seah also asked if ComCare reviews and increment could be made more frequently and Mr Lee said he would consider the suggestion.

She is divorced, estranged from her two sons and lives alone in a two-room rental flat. She stopped work as a cleaner over a decade ago to take care of her ailing mother.

She suffers from asthma and other illnesses and said it is hard to find a job, given her age and health, even if she wants to work.

To make ends meet, she is very thrifty and often cooks simple meals. Fish and seafood is a luxury, she said.

"I'm very thankful to the Government. With more money, I can buy better food at times to treat myself. I also hope to save some money for emergency use."