SINGAPORE - Childcare centres and kindergartens will be held to higher and more consistent standards, under a new law that was passed in Parliament on Tuesday (Feb 28).

The authorities will also have more investigative powers to ensure pre-schools uphold these standards, and a wider range of regulatory sanctions so they have more flexibility in imposing penalties for less serious offences.

These are among the key provisions in the new Early Childhood Development Centres (ECDC) Bill.

Said Minister for Social and Family Development Tan Chuan-Jin, who announced the changes: "The new ECDC Bill is an important milestone in raising the quality of early childhood development in Singapore and provides parents with greater confidence that the Government is making Singapore a good place to raise families."

The law governs the 1,800 or so childcare centres and kindergartens here, which come under the Child Care Centres and Education Acts respectively, but not government-run ones, such as the Ministry of Education kindergartens.

It has the following key provisions:

The maximum licence tenure will be extended to three years, up from the current two. Three-year licences will be given to pre-schools with at least two consecutive two-year licences. 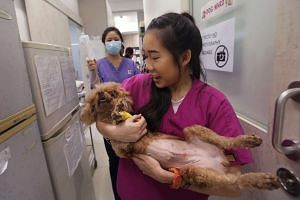 The authorities will have new powers to interview people, and take photos, videos or audio recordings at pre-schools. Currently, the authorities are allowed to enter and inspect pre-school premises, and take documents from centres. 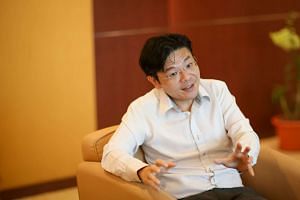 Parliament: New law will make it easier for local architects to practise overseas

Larger penalties; graduated penalty framework: The maximum penalty under the new laws is a $10,000 fine and a year in jail. This was proposed to match the severity of the offences and to align them to similar penalties in other laws such as the Private Education Act.

Under the new penalty framework, administrative breaches will not be considered criminal offences. The authorities will have a wider range of regulatory sanctions - such as fines of up to $5,000, shortening of licences and public censures - instead of having to resort to revoking licences of operators who break the law.

Mr Tan said: "The penalty will be proportionate to the breach."

Other provisions in the Bill include requirements for all staff - including those who do not teach and those from vendors that run enrichment programmes - to be approved by the Early Childhood Development Agency (ECDA) before they can work at the centres, as well as requirements on the orderly closure of centres.

The passing of the Bill comes after about two years of public consultations and briefings with the sector to explain the new requirements.

The ECDA also held "customised on-site guidance" for kindergartens, as they are new to a licensing framework.

The new law is expected to take effect after other detailed regulatory requirements are gazetted. Kindergartens will be given a year from the commencement of the Act to obtain their licences.