SINGAPORE - Those with an appetite for culture, leisure and entertainment can look out for more of such activities in the Civic District and Bras Basah-Bugis precinct in the next three years.

Minister for Culture, Community and Youth Grace Fu told Parliament on Thursday (April 14) at her ministry's budget debate that $3 million will be dedicated to launch and promote more programmes in these spaces.

The aim: to further enliven these art and heritage-rich neighbourhoods and endear people to them.

This place-making effort complements a $740 million plan announced in the last Budget to revitalise the Civic District through the refurbishment and opening of key cultural institutions and heritage landmarks. This includes the $532 million National Gallery Singapore, which has drawn almost 700,000 visitors since it opened last November in the former Supreme Court and City Hall buildings.

The commemorative Jubilee Walk was also launched last year through the plan. The 8km-long heritage trail wraps around landmarks in the Civic District, including the Asian Civilisations Museum, which opened two new wings last November as part of its $25 million revamp. 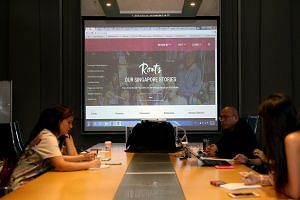 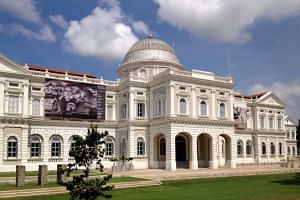 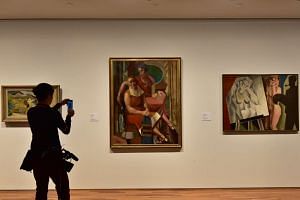 The place-making move also follows plans such as the Car-Free Sunday launched in February in the Central Business District and Civic District to enliven the area and allow people to gather and mingle.

Ms Fu said the push to offer "outdoor and indoor experiences across sports, culture, food and entertainment" in the Civic District and Bras Basah-Bugis precinct will be a collaborative effort.

The National Arts Council and National Heritage Board will "work with different stakeholders in the community, including arts and heritage groups", she said.

This partnership with the local community and arts and heritage groups is essential for place-making efforts to take off, stressed Parliamentary Secretary for Culture, Community and Youth Baey Yam Keng.

He cited a block party held in Armenian Street last month as an example of how the Peranakan Museum and Singapore Management University worked with cultural groups such as Dance Ensemble Singapore, the Peranakan community and shops in the area, to put on performances centred on Peranakan culture as well as showcase contemporary music and poetry readings.