SINGAPORE - Both Muhammad Ariff Ahmad and Masuri S N are recognised as titans and pioneers of Malay literature who were firm friends since their teenage years.

Now, old postcards they exchanged from the 1940s, that capture their conversation about daily life during the Japanese occupation, are part of the National Library's collection and can be viewed by a wider audience.

The postcards, donated by the family of the late Mr Ariff, who died in 2016, are among the more than 10,000 items donated by individuals to the National Library and National Archives of Singapore from March 2018 to March this year.

Mr Ariff's family had also donated his letters and scripts for Malay language radio programmes to the library. Madam Shahrulbariah Muhammad Arif, Mr Ariff's daughter, said she hoped the donation would allow a wider group of people to view the material.

"These are primary sources to see how Malay literature has developed," she added.

The Library and Archives hosted a donors' appreciation dinner on Monday (July 1) night, which was attended by Minister for Communications and Information S Iswaran.

Thanking the donors for their contributions, Mr Iswaran said he wanted to "encourage community groups to work together to collect materials of historical significance on their own heritage and to contribute, where possible." 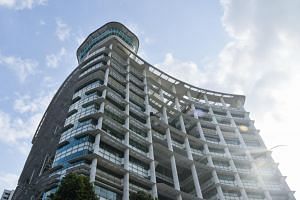 He added that both the Library and Archives have constantly been seeking to grow their repository of books and archival materials.

"As we continue to write Singapore's story together, it is important that we harness the diversity, passions, and expertise of individuals and communities to keep records of our history and heritage, so that we may never forget how we came to be," he said.

Other notable contributions include handwritten scores and scripts of music personality Dick Lee from his productions Beauty World, Fried Rice Paradise and Forbidden City. Mr Lee donated about 480 items that date back to his youth, including a comprehensive collection compiled by his father, Mr Lee Kip Lee, of essays and stories the younger Mr Lee had written as a student.

Other donated materials now in the Library and Archives' collections include private records, business documents, manuscripts, maps, photographs as well as films.

Ms Tan Huism, Director of the National Library, said donors' generous gift of over 10,000 materials over the past year captured a broad range of Singapore's histories.

"From footage of coolies at work along the Singapore River, to musical scores, rare books and maps that place Singapore within the wider region, these donations are invaluable collections that will be preserved so that they can be shared by all today and in the future," she said.

"We hope that other individuals and organisations will be equally inspired to donate their precious material to us for research and enjoyment."

Some of the other items donated include:

- Noveau Voyage Autour du Monde (A New Voyage Round the World) donated by Dr Farish Noor, associate professor at the S.Rajaratnam School of International Studies and College of Humanities, Arts and Social Sciences at Nanyang Technological University. The 1717 French edition of a map in a book contains a translation of English explorer William Dampier's journey around the world from 1683 to 1691, one of a few historical sources that describes pre-colonial Singapore. Dampier records sailing through the Strait of Singapore and encountering orang laut who sold fruits and fish to passing vessels.

- Veteran Chinese writer Tian Liu's schedule book, donated by his family. Mr Tian Liu was vice-chairman of the Singapore Association of Writers and advisor to various literary societies in Singapore in the 1970s. He recorded news about different topics including politics, current affairs, arts and culture and entertainment in his schedule books.

- An excerpt from musician Lalitha Vaidhyanathan's scores from the Hamsadhwani overture donated by Mrs Lalitha for the Digital Archives of Singapore Tamil Music (DASTM). The performance titled 'Chathusram' was part of the Hamsadhwani overture performed for Cinema Raagas at the Esplanade Concert Hall in 2009. The scores demonstrate her meticulous character showing how she highlighted notes in different colours to differentiate the instruments for each note.

- Condensed milk purchase permit donated by retiree Chiang Poh Long. Such ration cards reflected food shortages during the Japanese Occupation, and the condensed milk permit was issued by the Food Control Office on June 11, 1942 to a child who was born on Jan 25,1942.

Correction note: The article has been edited to reflect the correct spelling of Mr Nigel Sumner's name. We are sorry for the error.