He would check his Facebook News Feed every day to get updates about his friends.

"I was hospitalised after I had breathing problems. After that, I felt there was just so much I wanted to do and I didn't need the noise from social media," says Mr Tan, 31, who is an associate director at law firm Nair & Co.

"When I stopped using Facebook, I met my friends more often to find out what's going on in their lives. And through that, I established deeper connections with them."

He now focuses his energy on reading, writing and sports, and hopes to be a kayaking instructor.

In Singapore, seven in 10 people are active social media users. This is more than double the global average of 34 per cent, according to a 2017 report on social media and digital trends worldwide. The study was conducted by social media agency, We are Social, and Hootsuite, a social media management platform.

Giving up social media is not common, like in the case of Mr Tan, whose story is captured in OurSTories, The Straits Times' new video series which aims to bring home issues that matter. In fact, addiction is a problem. 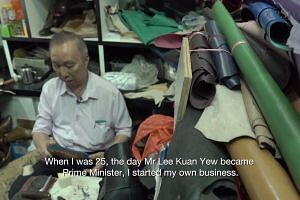 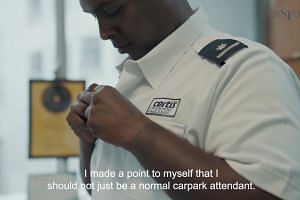 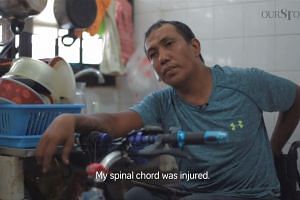 It is a worrying trend for counsellors and psychologists, who told The Straits Times that they have seen a twofold increase in social media and mobile device addiction cases here in recent years.

Some studies have found that social media may be making people anti-social.

Some young Singaporeans, however, say that social media platforms help them connect with their loved ones and peers.

Shan Herng, 22, posts on Instagram about three times a week, enjoys sharing photos of his outfits, holidays and activities, such as birthday parties or visits to new cafes.

The full-time national serviceman, who has over 2,000 followers on the platform, also uses the Instagram Stories feature at least five times a day. On a busy day, this can go up to 30 times.

While he admits that he "consciously thinks about" his Instagram feed, he says he is not preoccupied with the number of "likes" or comments he gets.

Instead, he finds that posting snippets of his life online have helped him start conversations with others, who may be looking for recommendations on certain events or activities.

He adds: "My friends and I have this rule when we meet.

"We would spend about 10 to 15 minutes at the start editing our photos and posting them on our social media platforms. For the rest of our time together, no one is allowed to pick up their phones - not even to check the number of likes they have."

He believes that social media addiction could become a growing problem among those in his generation, but he is cautious not to fall into the trap.

He says: "I would never let myself get to the point where technology gets the better of me. There is still value in human interaction and heart-to-heart conversations."