SINGAPORE - Work-life balance is not just a millennial aspiration, according to a recent survey by the Tripartite Alliance for Fair and Progressive Employment Practices (Tafep) and The Straits Times.

Th survey showed that older workers also value flexible work arrangements and would consider leaving a company that did not provide for work-life harmony.

The survey, conducted last year to find out developments and trends in the area of work-life harmony, also found more older workers expressing a desire for work-life balance compared with the same survey done four years earlier, in 2014.

A total of 511 employers and 1,000 employees were surveyed. Some 59 per cent were employees aged 55 and above.

Older workers who would consider leaving a company with a lack of work-life programmes increased from 46 per cent in 2014 to 58 per cent in last year's survey.

Almost 95 per cent said their personal well-being would be better if they could manage their work and personal life more efficiently. This was up from 83 per cent in 2014.

The survey also found that 92 per cent of older workers felt they would work more productively if their company provided flexibility to manage personal and work responsibilities, up from 83 per cent in 2014.

According to Dr Helen Ko, senior lecturer of gerontology programmes at Singapore University of Social Sciences, the survey confirmed previous local research, which showed that flexible work arrangements are desired by workers of all ages.

"Flexible or part-time work can help older workers with caring or domestic responsibilities and who need to manage long-term health problems," she said. 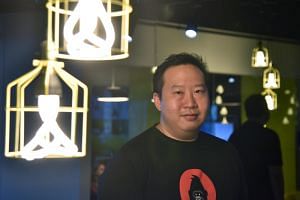 She's happy working at 72, thanks to hotel's flexi-work arrangements

She added that many older workers would like to work part time, even going back and forth between periods of work and periods of leisure.

Some reasons may be to spend more time with their families or take long overseas trips to visit their children or grandchildren, but many still want to return to work.

Similarly, Ms Linda Teo, country manager of human resource firm, ManpowerGroup Singapore, said: "While older workers are at a more stable life stage, this does not mean they do not have their own aspirations or commitments like their younger colleagues."

However, workers across all age groups may find it an uphill climb to fulfil those desires as the survey also suggests a mismatch of expectations between them and their employers.

While more employers agree that work-life is important, the number of those who feel that older employees should be present in the office during working hours also increased from 49 per cent to 62 per cent.

Towards younger workers, this number increased from 51 per cent in 2014 to 57 per cent last year.

Experts say the disconnect between the older workers' needs and employers' demands indicates that employers might be recognising only the needs of younger workers, overlooking those of older employees.

But given the significant ageing population, experts agree that employers may need to reframe their expectations, as retaining older workers is not just beneficial, but even vital.

Budget for flexi-work grant raised to $100m; guide on job-sharing to be launched

Flexible working projected to contribute $54.8b to Singapore economy by 2030: Study

Power of flexi-work options in a tight labour market

Employers who leverage flexible work arrangements as a talent strategy will be able to capitalise on the expertise and experience that older workers can bring to the organisation, said Mrs Roslyn Ten, general manager of Tafep.

"As our survey has shown, flexible work arrangements can be a strategy for employers to attract and retain older workers," she said.

Mr Martin Hill, associate director of human resources at Randstad Singapore, also pointed out that unlike younger workers, mature workers may not be as interested in big job promotions.

Instead, they may want to play a larger role of mentoring younger employees, sharing their work experiences and learning with the next generation.

He said: "Companies that strive to understand what mature workers seek in their jobs stand a better chance at retaining them and having a diverse workforce for better productivity and creativity."

Some companies have already taken heed.

Over the last three years, Maybank Singapore has hired over 50 professionals, managers and executives aged 45 and above, offering arrangements such as flexible time off and an informal buddy system.

Head of logistics and hospitality Abdul Aziz Abdullah, 64, a grandfather of two, said: "I could stay for 41 years because of the exposure the company has given me, and also thanks to the flexible work arrangements."