SINGAPORE - Bike-sharing firm ofo said on Wednesday (July 25) that it is in touch with affected customers following complaints about errant charges found in their bank accounts.

"Our customer service team is currently in dialogue with a very small number of individuals who were genuinely affected by errant transactions," ofo's head of public policy and communications Christopher Hilton said in response to media queries.

For customers who have asked for a refund, the transaction will be processed and the money returned to their bank accounts, Mr Hilton added.

"Users across the Asia-Pacific should receive their refund within three to five working days," he said.

Complaints about suspicious charges in customers' bank accounts surfaced a week ago on ofo's Facebook page and later on online forum Reddit.

Facebook user Toh Yew Lai said he had reported "unauthorised charges" on his credit card, while another user Zhong Yi Paul said he was charged "multiple payments... and a 100 dollar deduction for no reason". 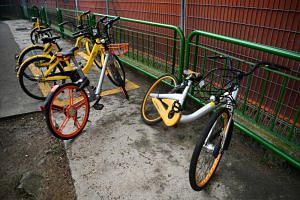